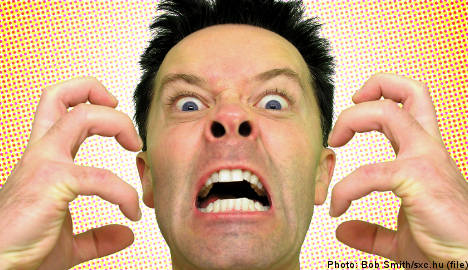 “This is in a way good news, because we can do something about stress,” said Gunilla Steinwall at brain research charity Hjärnfonden.

The study, undertaken by the Karolinska Institute in Solna, canvassed 1,449 people on the issue of stress and feelings of despair. The sample was then tested some 20 years later when they were around 70-years-old.

The study, which was published on Wednesday, concluded that there is a clear link between the experience of stress and despair in middle-age and the incidence of dementia later in life.

The research states that the risk of developing dementia is two- to three- times higher in those who had suffered from heightened stress in their 40s and 50s.

Dementia costs society tens of billions of kronor per year and this figure is rising in line with the continued rise in average lifespans.

Steinwall explained that the study identified stress as one more risk factor behind the debilitating condition which currently has no cure.

She argued that while Swedes have, through lifestyle changes, become better able to tackle other risk factors such as poor diet, and social, mental and physical inactivity, more needs to be done to take care of the brain.

“We don’t think that enough is invested.”