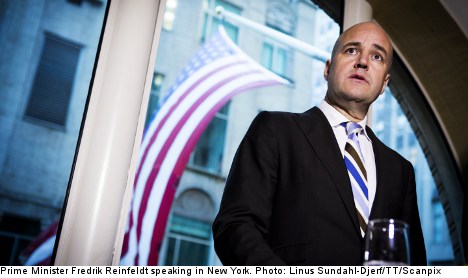 The new list contains 997 names, most of which are Roma, and was compiled by the Skåne police, reported the Dagens Nyheter newspaper. Over 100 of the names belong to children under the age of ten, with some as young as two.

The news follows Monday’s revelations that the same police station had a list of 4,029 Roma names, also including young children. A retired officer stated on Tuesday that the first and more comprehensive list was compiled in 2005.

Officials at Skåne police initially denied the existence of the first registry, but later confirmed it, adding that it was not sanctioned by police. Later on Monday, officers reported themselves to police for making the list.

Sweden’s Prime Minister, speaking from New York, underlined that keeping any such registry is in breach of Swedish law.

“It is good that the police heads have now reported themselves and I note that the head police commissioner has been extremely clear. There is every reason to welcome this. We must now ensure that this is followed up on by making changes to show the correct procedures are being followed,” he said.

Even though officers denied that there were more registers in the police stations’ database, DN revealed on Tuesday that the second list of almost 1,000 names was also in existence. There are some overlaps between the two lists, however most of the names on the newer list are unique.

The second registry is stored in the same place as the larger list, in a computer file folder labelled “itinerants” (kringresande).

According to DN, the databases consist of family trees that include personal identity numbers (personnummer) and addresses combined with arrows that indicate how people included in the registry are related.

An anonymous and now-retired police officer from the station in question told the Aftonbladet tabloid that the list was made eight years ago at a time when there was a series of crimes in the area that police suspected were committed by the Roma community. The retired officer now regrets being part of the registry, which he claims other nearby police stations also used.

“It was wrong, but we didn’t care at all about these people,” he told Aftonbladet. “We only cared about what we considered to be interesting from a criminal perspective. The innocent were, of course, never affected.”

The Equality Ombudsman (Diskrimineringsombudsmannen -DO) will launch an investigation to determine whether the people on the registry were subjected to any kind of discrimination based on the police list.

According to lawyers interviewed by DN, the database breaks a number of laws, including the European Convention on Human Rights, police data laws, and the law against general police surveillance registries.