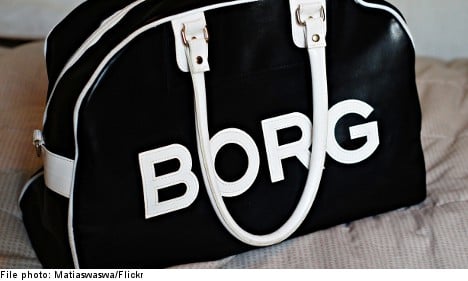 The brand, founded by Swedish tennis legend Björn Borg, said in a press release that it intended to restructure its activities in the Dutch market with its local distributor. At present, Björn Borg has 24 stores in the country, but it is likely to be game, set and match for the worst performing outlets.

“We can see that this is a result of a tough macro-economic situation in the Netherlands, where the performance of retail possessed one of the lows among EU countries in early 2013, according to Statistics Netherlands,” Arthur Engel, CEO of Björn Borg, said in a statement.

“This has strongly affected local demand and hurt opportunities for our distributor’s retail operations. The wholesale operations are profitable, however, and the brand maintains a strong position in the country, even if the Dutch economy is struggling with major problems,” he added.

See also: The complete A to Z of Swedish fashion

After Sweden, the Netherlands is the second largest market for Björn Borg products, which are sold in a total of 30 countries. The brand is best known for its colourful underwear collection, but has also branched out into footwear, fragrances and bags.

Stockholm native Borg, who won five consecutive Wimbledon titles during his heyday, remains the principal owner of the brand with a 75 percent share. The brand employs 139 people and registered net sales of 551 million kronor ($86 million) in 2012.

IN PICTURES: Have a look at Borg’s ace tennis career in pictures

It was announced earlier in September that Björn Borg was exiting China after failing to crack the market which they entered in 2012.

The restructuring of their Dutch activities is expected to be complete by December 31st.