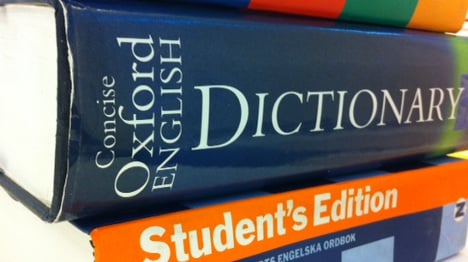 In celebration of European Language Day, the Eurostat statistics agency said 66 percent of working age adults claim to know at least one foreign language, with English overwhelmingly the most popular except in the Baltic states, Luxembourg and Slovakia.

While the Swedes dominated the charts when it came to their confidence in English speaking, the Italians, Germans and the French were the most insecure in Europe.

When asked if their level of English was “proficient”, “good”, or just “fair”, 43 percent of Swedes responded with “proficient” – the highest result besides Malta, Britain’s one-time Mediterranean outpost, where 53 percent judged themselves proficient in English.

Twenty-six percent of Swedes rated themselves as “good” and 31 percent responded with “fair”.

See also: Could Swedes be more polite in English?

Swedes have long fared well in English language surveys, being rated as the best in the world in an October study.

But it’s not always smooth sailing for the Swedes, who often slip up in a local bi-lingual language phenomenon known as Swenglish.

The data showed a whopping 94 percent of upper secondary school students in the European Union choosing English as their second language, with French a distant second at 23 percent, and German at 21 percent.

The crushing preponderance of English as the foreign tongue of choice is a sore subject for many European countries, especially the French, who long for a continent where the language of Shakespeare is not the lingua franca.