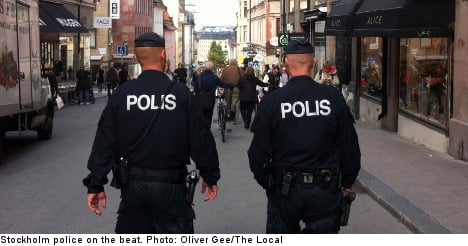 The paper, which also revealed that Skåne police had kept a Roma registry, reported on Friday that Stockholm officers had conducted something similar decades ago according to findings in a new government white paper on the treatment of Roma.

A municipal body called the “Gypsy section” (Zigenarsektionen) maintained the file which classified Roma as “half Z” and “whole Z” based on their findings.

The white paper describes how city officials visited members of the Roma community and then assessed them based on their intelligence, school performance, cleanliness and behaviour before they were added to the registry.

“Decent family. On an intellectual level the husband was clearly superior to the wife. Right dainty girl,” said one contemporary review of a Stockholm Roma family.

“The family gives a poor and backward impression,” another review read, with yet another reporting “She’s as black as the night.”

Swedish Integration Ministrer Erik Ullenhag said he was “ashamed” by the latest revelations which he said stemmed back to racial profiling.

“I’m ashamed of Sweden when I read about this,” said Ullenhag who is currently in the Rosengård district of Malmö on a fact-finding mission.

“It is incredibly stigmatizing that people were getting home visits just because they have a certain ethnicity,” he added.

The full findings from the government white paper on the treatment of Roma will be published in January next year.