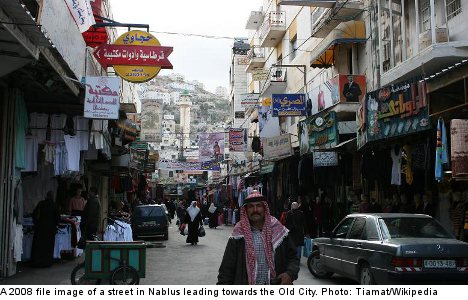 “We have asked for a permission (to see him) but have yet to receive it,” said Swedish Foreign Ministry spokeswoman Lena Tranberg.

Taher Khazendar, 17, who holds dual Swedish and Israeli citizenship, was detained on September 20th. He is under suspicion of “involvement in terror activities”, the Israeli Defence Forces (IDF) confirmed in an email sent to the TT news agency several days later.

His mother told the Aftonbladet newspaper that Israeli soldiers entered the family’s house in Nablus in the dead of night, instructing her son to get dressed and come with them.

“I asked why and what they wanted, but they didn’t reply. I wasn’t allowed to move and they pointed their weapons at me,” she said.

“My son said ‘don’t be scared mum, I haven’t done anything’, but I could tell he was scared.”

Khazendar has so far met only with his Israeli lawyer. Swedish officials, meanwhile, said their request to meet with the boy was being processed.

“They say they are doing what they can,” Tranberg said.

The boy’s Sweden-based family has taken to social media to spread news of the detention.

His cousin in Stockholm offered further details from the night of the arrest on her Facebook account. She wrote that when a heavily pregnant aunt protested that the soldiers put the 17-year-old in handcuffs and pulled a hood over his head, they threatened to take her with them as well.

She further detailed that while the boy has met with his lawyer, the lawyer had not been allowed to sit in on any of the interrogations.

On September 24th, the TT news agency in Stockholm received an email from the IDF explaining there would be no further details released about the boy’s detention until the investigation reached a military tribunal.

The Israeli military officials further stated that the case was being handled by Israeli security agency Shin Bet.