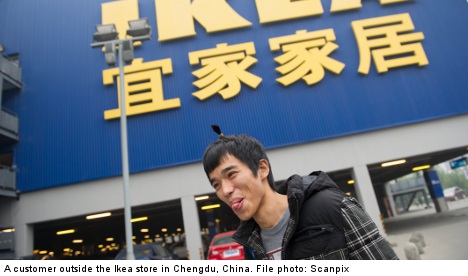 French daily Le Figaro reported the odd snooze habits but were keen to point out that Ikea had taken the custom to heart by its flexible attitude to power napping in their seven mainland stores, with another three Ikeas set up in Hong Kong. Changing the sheets was part of that adaptability, it reported.

“Adapting to the Chinese customer habits is a perpetual challenge for foreign companies,” Le Figaro’s correspondent noted, adding, however, that it made business sense to do so.

Last weekend, one of the chain’s Hong Kong stores went as far as to actively invite visitors to sleep over – an event dubbed “Sleeptober”. Some 80 weary customers took part, reported Campaign Asia-Pacific.

But Chinese Ikea-goers don’t limit themselves to a quick snooze, but bring along picnic baskets. Some said they simply sought respite from sweltering temperatures outdoors by taking advantage of the megastores’ air conditioning systems.

The South China Morning Post noted that Ikea had “bent over backwards” to accommodate customers who were less interested in parting from their cash than in making a day of it in the Swedish halls of functional living.