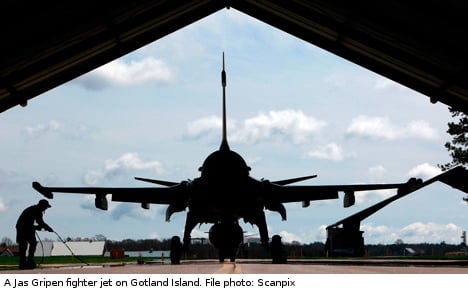 According to the terms of a deal struck between Sweden and the Swiss government, Switzerland has set aside a total project budget of 3.1 billion Swiss francs, or roughly 21.5 billion kronor ($3.3 billion) for the purchase 22 Gripen E fighters, Ny Teknik magazine reports.

The Swiss will also rent eleven Gripen C and Gripen D planes for five years as part of the deal.

But “secret” documents about the deal reviewed by the magazine reveal that Switzerland will actually pay only 17.7 billion kronor for the fighters.

The new figures mean that the price for each Gripen to be sold to Switzerland as a part of the deal will sink by about about 20 percent, from one billion kronor to 800 million.

The new figure also means a drastic reduction in the overall proceeds of the deal, which is still awaiting approval by Switzerland, as the cost of building the planes is estimated to be around 17.2 billion kronor.

All income from the deal will go straight to the development of the new Gripen E, according to the Ny Teknik report, which reported that the recently released Swedish budget clearly showed that selling fighter jets to Switzerland was pivotal to finance the continued research and development of the aircraft.

“The income from Switzerland must be made available in addition to funds already agreed upon by parliament,” the budget proposal read.

Earmarking the sales money and directing it to the fighter-jet programme is unusual, Defence College professor Gunnar Hult told the magazine.

“Traditionally, money from state-level plane deals has gone not to the armed forces but to the finance department,” he said.

Either, the government has signaled that the Jas Gripen developers need the cash, he underlined, or it is political maneuvering to make sure the programme has funding regardless of the hashing out in parliament of details of the country’s entire defence budget.

The result would be that the Swedish state would take home very little of the income, Ny Teknik noted.

Furthermore, wrangling over how much the Swiss state should pay Sweden upfront has been ongoing, with Ny Teknik reporting that the Swedes wanted 60 percent of the price tag, while the Swiss were gunning for 15 percent.

The compromise landed on 40 percent, to be paid out by 2018, according to reports in Swiss media.

Later on Wednesday, Swedish defence export agency FXM (Försvarsexportmyndigheten) denied that claims by Ny Teknik that the deal would bring in less money to Sweden.

She claimed the Ny Teknik was comparing two different things and that there hadn’t been any change in the price for the Swiss Gripen purchase and that the 17.7 billion figure for the price of the planes can’t be compared with the 21.5 billion kronor framework agreement price, which also includes money for support, logistics, and weapons.

She added that the actual per-plane price of the Swiss Gripen deal is classified. 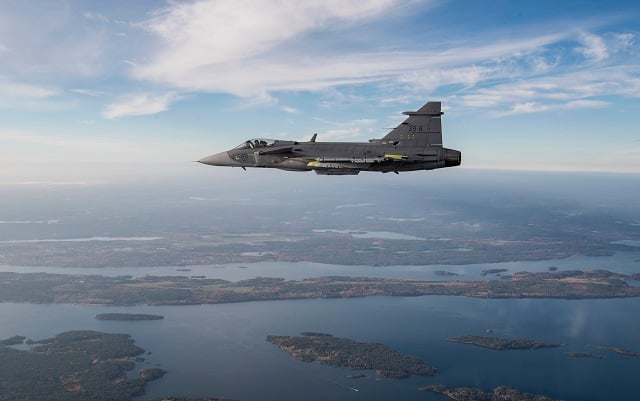 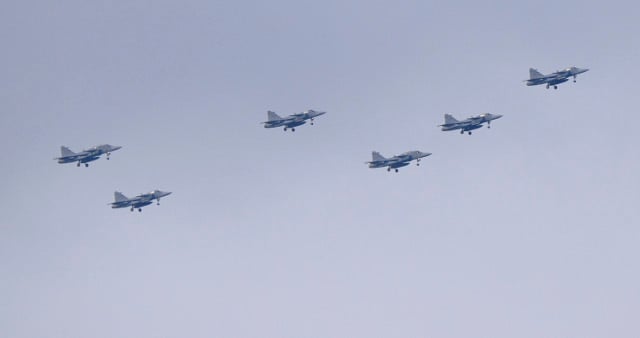 STOCKHOLM
Why 16 fighter jets flew over Stockholm on Wednesday
Url copied to clipboard!