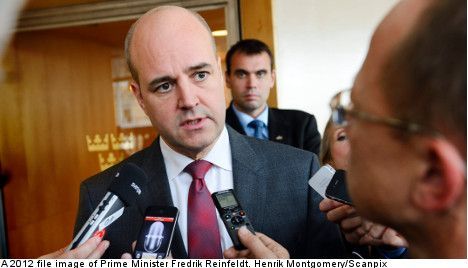 Party leader and Prime Minister Fredrik Reinfeldt said Tuesday that the there was little room for maneuver when it came to tax reform and that meant other policies had to be prioritized. In a tally by the Dagens Nyheter newspaper, his conservative coalition has slashed 139 billion kronor in total since taking power in 2006. Most of the cuts comes from the five subsequent income-tax reductions, meant in part to stimulate wage earners to increase consumption

A sixth income-tax cut was on the table, but the budget released by pony-tailed Finance Minister Anders Borg in the summer caused a ruckus on all sides of the political landscape, with observers scratching their heads.

“There is currently a deficit in the general government sector, largely due to the recession. If tax cuts or expenditure increases of 25 billion are implemented next year, consolidation measures are needed to meet the one percent target in the medium term,” National Institute of Economic Research (NIER) Head of Public Finance Analysis Erik Höglin told the Local in June.

“It is not impossible to enact reforms of 25 billion, but there will be a need to make savings later.”

Reinfeldt said on Tuesday that the space for reform was “tight”.

“That means it is important that our investments are targeted to, above all, education. That’s why I’m ready to wait to implement tax cuts,” Reinfeldt told the business daily Dagens Industri.

Politicos on Sveriges Radio (SR) spent Wednesday morning wondering if the Reinfeldt U-turn on tax cuts was an attempt to cash in on key focus areas of the opposition – for example, schools.

“Next year’s election campaign focus will be that we like the taxes where they are, but my opponents want to increase them heavily,” Reinfeldt added.