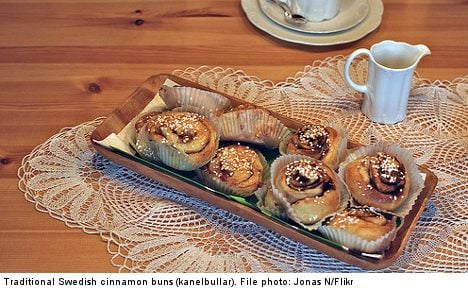 The man sparked a bomb scare at Landvetter Airport when he tried to sprint through a checkpoint at at 11.30am.

He was subsequently detained and his bag taken to a remote spot outdoors, in order to contain any potential blast.

But when bomb technicians peeked inside the bag about three hours later, they did not find explosives.

They instead found evidence of a sweet tooth: buns. Initial reports, however, had no details on whether the items were traditional Swedish cinnamon buns or some other kind of patisserie.

Despite the non-threatening contents of the bag, the man will be investigated for suspected aviation crimes – due to his haste in trying to pass through security. The police would not, at present, release any details about the suspect’s identity.