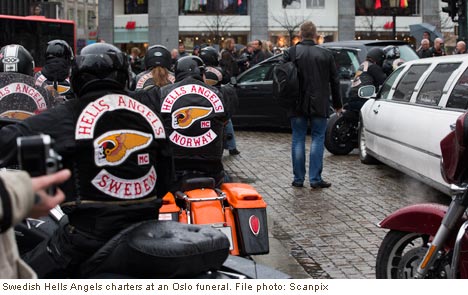 Witnesses alerted the police to an ongoing assault on Stockholmsvägen at 3:40am in Norrköping, reporting that three men had attacked and were beating a fourth man who had fallen to the ground.

“A woman who tried to stop the assault was also assaulted as was her dog,” Östergötland County police spokesman Torbjörn Lindqvist told the TT news agency.

There was no news on Thursday whether the police had managed to apprehend a suspect in the incident, which is being investigated as aggravated assault.

The attack took place outside the motorcycle club.