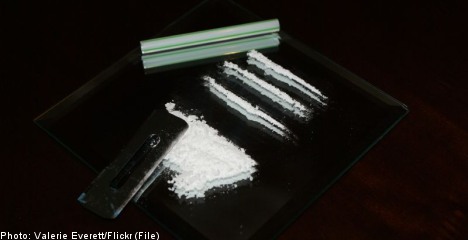 While police made the find several months ago, they have remained tight-lipped about the case until now, and are still keeping secretive.

Officers found the stash during an unrelated raid at a house near Tågarp, around 20 kilometres south-east of Helsingborg in southern Sweden. During the raid, a sniffer dog reacted strongly to an oven, prompting police to investigate further.

Beneath the oven, police found an opening in the floor leading to a crawl space beneath the house, where officers found several packets containing a white powder which later proved to be cocaine.

The total of 120 kilogrammes amounts to one of the largest hauls in Sweden’s history. Police, however, are not divulging much information about their next move, nor the fate of the suspects.

“What we can say is that there are several suspects who are detained. When we have more information, we will share it,” Eva-Lotta Hermansson-Truedsson of the local police told the Helsingborg Dagbladet newspaper.