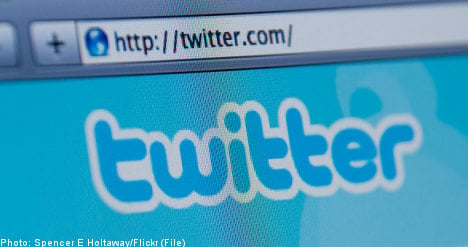 The offending tweet was posted during the summer this year, but police never took on the case, despite the fact that several people reported the message as racial agitation (hets mot folkgrupp).

On Twitter, the man wrote “And! One less Somali in Sweden….Yes,” and linked to a newspaper article about the five-year-old, who was found dead in Dalarna. Police suspect she was murdered.

Police shut down the investigation into the tweeter, stating at the time that it was too hard to track down the offender.

Sveriges Radio reported that it only took a few minutes to trace a probable culprit. Now, for unknown reasons, the case has been taken up by a Stockholm prosecutor.

Christina Weilander, prosecutor at the Södertörn Prosecutors Office, refused to go into detail as to why the case was only being investigated now.

“All I can say is that there is a report and as a result, an investigation is under way,” she told Sveriges Radio (SR), adding that the social media post has resulted in at least one suspect.

TWITTER
15 tips that will help you navigate life in Sweden
Url copied to clipboard!