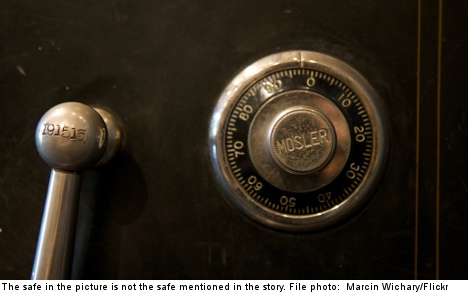 The theft occurred in the Åkersberga region south of the capital on Sunday night reports the Mitt i Stockholm newspaper. Staff discovered the safe had gone missing and alerted the authorities.

According to local police, the thieves risk blowing themselves up if they attempt to pry open the safe to discover the contents.

“They probably think it has money but in fact the safe has ten kilos of gunpowder. A man who works at the company said that is enough to move 40 tonnes of rock,” said Mikael Pelagalli to Mitt i Stockholm.

He added that the safe will likely blow up if the thieves use a blowtorch to cut it open. Police are using the media in order to warn the burglars about the risks of their raided goods before it is too late.