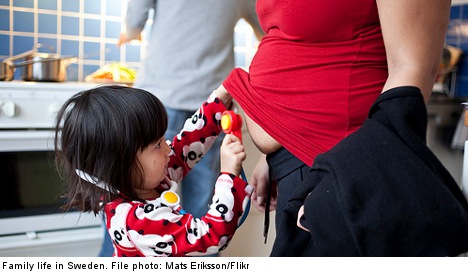 According to a new World Economic Forum report, Sweden has the fourth-smallest gender gap in the world, coming just behind Nordic neighbours Iceland, Finland and Norway.

The Scandinavian nations consistently receive the highest rankings in the Global Gender Gap Index, which has been published annually since 2006, and according to this year's report, they have closed over 80 percent of the gender gap. The exception is Denmark, which lags behind the other Nordic nations at eighth place. Iceland has been ranked number one for five years in a row.

The report analyzed and ranked 136 countries based on criteria in four areas: economics, politics, education, and health.

Sweden's strong ranking is largely due to policies which make it easy to combine work and family life, such as mandatory shared parental leave and shared childcare duties.

Sweden has one of the most generous parental leave systems in the world, with 480 days that can be claimed by either parent until the child turns eight. However, one parent can only use 420 of those days, with the 60 remaining days being forfeited if they are not used by the other parent. Such a system enables women to balance duties and gain momentum in the workplace.

Sweden had smallest gender gap in the world in 2006 and 2007, but dropped to third in 2008 and has come in fourth place since 2009. The positions of the other Nordic nations have also remained static the past few years, despite slight fluctuations in their gender gaps.