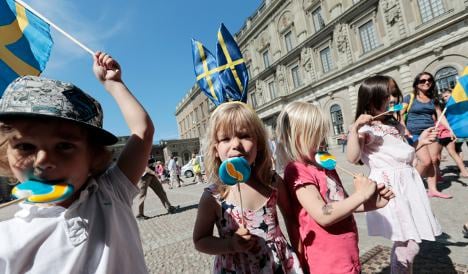 Most countries have national myths as a part of their cultural and historical DNA. These myths often serve to explain why the country – or nation – developed into its modern form and to put a certain spin on historical events. Examples include “unconditional resistance” to Hitler in the United Kingdom and the “frontier spirit” in the United States. As with ordinary cultural myths, they do contain some truths, but it is still dangerous to take them as full-blown historical fact. As these national myths are just that – myths – they are not entirely true, and if they are treated as such, they would make the citizens of the country in questions arrogant and, in the long run, historically illiterate.

In Sweden, one of the most potent myths might be called "how socialism made Sweden the most successful country in the world" and could be summarized thusly: after the Second World War, Sweden became the best and most successful country in the world because of the Social Democratic Party, the welfare state, and general feel-good socialism. Put simply, Sweden is the best place in the world and the country’s greatness is only jeopardized when the voters are stupid enough to elect non-Social Democratic governments. And when they do, as they have for the last two elections, it "feels like a coup d’état", to borrow a phrase from a current Social Democrat MEP Marita Ulvskog.

Unfortunately, this view of why Sweden has thrived in the last 60 years has not only gained credence in Swedish political debates, but also among many international observers. Even prior to the Second World War, the American journalist Marquis Childs defined Sweden as “the middle way” where market economy and socialism meet in order to create the perfect society. After the war, Swedish economist and future Nobel Laureate Gunnar Myrdal was invited to the US in order to solve the problem of racial segregation. In his book An American Dilemma he predicted that the civil rights movement would start in the north and not the south, as it turned out to do.

However, both Childs and Myrdal wrote prior to the 1970s, when Sweden became severely affected by the oil crisis and had to tackle strong internal left-wing elements that wanted to nationalize all private enterprise. This caused Childs to write a sequel where he gravely described the middle way as being put “on trial” and Myrdal went from being a young, optimistic social democrat economist to an older, cynical one who coined the Swedish term for benefit cheat (bidragsfusk) and in 1974 was forced to share his Nobel Prize in economics with his academic opposite, Friedrich von Hayek. This was also the time when Sweden received some seldom seen but justified international criticism for being a democratic form of a big brother society. Most notably, by the British journalist Roland Huntsford who labelled the phenomenon “the new totalitarians”.

The myth of Sweden as the "perfect society" could have disappeared in the 1970s when it turned out to be a country with qualities and flaws just like any other. But it did not, and the myth continues until this day. Recently it was re-cycled when Canadian health care policy professor Dennis Raphael published an article where he warned against what he called “welfare state fatigue”. By this, he meant that support in Sweden for the welfare state seemed to be declining. But he forgot to mention that a vast majority still support it and that the support seems to correlate with the perception of how the economy is doing.

In other words, Raphael disapproves of the fact that people’s opinions change from time to time, blaming the phenomenon on the vague notion of “neo-liberal ideas”, by which he means a growing emphasis on personal responsibility and personal choice. It's rather interesting, therefore, that he calls these ideas "neo-liberal" because the emphasis on the citizen was also a hallmark of the traditional Swedish Social Democrat Party, which often used the slogan “gör din plikt, kräv din rätt" – do your duty, demand your rights.

Naturally, Raphael's article, which claims to investigate health care in Sweden, Norway, and Finland, was embraced by the political opposition in Sweden who perceived it, as the Green Party (Miljöpartiet) did, as proof that the present government represents a danger to public health.

While the report shouldn't be treated as a scholarly study, it does touch on a wider theme worth noting: the confirmation of a national myth that people still try to use in Sweden's political debate today. So when foreign observers overpraise Sweden, one should take it with a large pinch of salt, particularly when these observers advocate a political stance in an ongoing public debate.

It's happened in the past when the Financial Times anointed Swedish Social Democrat Finance Minister Kjell Olof Feldt master of economics in the 1980s, and in 2010 when the same paper gave the honour to present Finance Minister Anders Borg. And it will certainly happen again in the future, if for no other reason than that some Anglo-Saxon observers tend to find their own version of paradise in Sweden, and Swedes, just like those from any other nation, love to have their own positive prejudices confirmed.

David Lindén is a PhD student in history at King's College London and is currently a political commentator for Borås Tidning (BT). Previously he was a visiting scholar at University of North Carolina. Follow him on Twitter here.