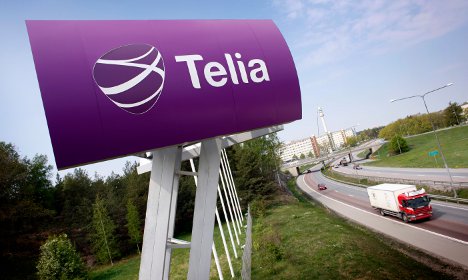 The Georgian government may be using technology from Swedish telecom giant Ericsson to illegally monitor its own citizens, the company said Wednesday.

The technology, originally designed to track criminals, is standard and Ericsson sold it along with networking equipment to Georgian telecom provider Geocell in 2005, the Swedish company told AFP.

"The technology is aimed at lawful monitoring to fight crime, but the (Georgian) authorities allegedly use it for purposes it's not intended for," said Ericsson spokesman Fredrik Hallstan.

He was speaking after Swedish public radio reported that the Georgian government may be using Ericsson technology to eavesdrop on its own population.

The story, first reported Wednesday, has an additional Nordic dimension as Geocell is majority-owned by Swedish-Finnish telecom operator TeliaSonera.

Authorities in Georgia have the technical capacity to monitor 21,000 mobile phones, of which one-third are connected to Geocell, according to the radio, which did not give a source for these figures.

The claim that Ericsson's technology is being used for unauthorised eavesdropping comes in the wake of allegations that the Georgian government is deeply involved in monitoring its own citizens.

Surveillance without court authorisation is a "systematic practice" in Georgia, according to a report published last month by Thomas Hammarberg, the EU special adviser on constitutional and legal reform and human rights in Georgia.

"The possibility of some access to inter-personal communications could be essential in the fight against organised crime and terrorism," Hammarberg wrote in the report.

"However, the risk for misuse means that there is a need of legal regulations and democratic and judicial control over all activities in this domain."

Salomon Beckele, spokesman for TeliaSonera, told AFP that operators in Georgia are required to give the government access to their networks.

"It monitors the networks, and we don't have any idea what they are listening to and what information they gather — neither we or any other operators would know," he said.

Pasi Koistinen, CEO at Geocell, told Swedish radio that the surveillance was legal under Georgian law.

"I find it unacceptable and would like to see the law changed," he told the radio from Georgia. "But as long as the surveillance is done according to the laws, we must follow the laws in this country."

But Elisabeth Löfgren, a spokeswoman at Amnesty International Sweden, told AFP that companies have a responsibility not to violate human rights, and the argument that their actions are legal is a poor excuse.

"If the tapping is against the law as we see it — if it is illegal surveillance — it is clear that Ericsson and Geocell, TeliaSonera's subsidiary, have to take responsibility," she said.