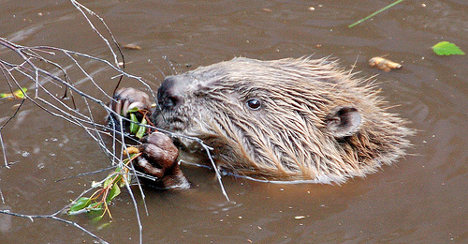 The beaver in this picture is not the suspected tree-felling beaver from the story. File photo: Paul Stevenson

The traffic jam occurred at lunchtime near Borensberg in Östergötland, where police have blamed a beaver for felling a tree, which resulted in a blocked road and long queues of motorists.

"No one saw the tree fall, but we got a message about the delay and sent a patrol to check on the situation," Fredrik Kliman of the Östergötland told the TT news agency.

"One of the policemen said that it was crystal clear that it was a beaver that chewed down the tree."

Police, who warned that the situation would remain "cumbersome" for a while yet, were left with no option but to contact the local traffic centre which sent out workers to clean up the mess.

Kliman assured that central Swedish police would not spend the afternoon hunting beaver.

"We're not going to be hunting the beaver today, we have other things to do," he said.