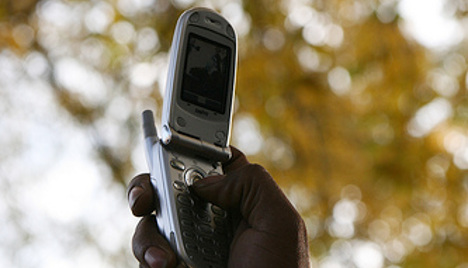 Ever found yourself at home with no phone reception? It might just be the windows that are to blame. File Photo: Quinn Dombrowski/Flickr

Ever found it hard to get a connection on your mobile phone indoors in Sweden? You too might be affected by a problem that's struck families moving into new homes around the capital.

"People are going absolutely mad, and I can understand it," Anders Nilsson, technical expert at Swedish construction and engineering firm Skanska in Stockholm, told the TT news agency.

Both new windows and thick walls are to blame, according to Nilsson. The energy-efficient windows in new homes have invisible metallic layers of tin and silver that block out both heat radiation and mobile signals. Dense walls are exacerbating the problem, with many Swedes heading out on the balcony when needing to make a call.

A concrete wall with steel meshing inside can be thick enough to cut out up to 99 percent of telephone coverage, wrote construction industry trade magazine Byggindustrin.

A spokesperson at Swedish telephone operator 3 told TT that the responsibility should be with the builders to ensure that new homes have adequate phone coverage, a service which nowadays should be seen as just as important as water, sewage, and electricity.

Nilsson at Skanska agreed, but argued that the problems with reception came as a surprise even to Skanska. He recommended Swedes facing similar problems should take up the issue with their internet service provider and The Swedish Post and Telecom Authority (Post- och telestyrelsen, PTS) to see if it's possible to set up a repeater, a telecommunications device that sends out a retransmitted and stronger signal.