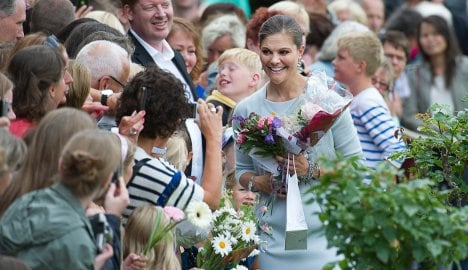 Barcelona residents are uninterested in Sweden. At least southern Sweden.

Despite a push by the Kalmar tourist board to draw in more travellers on Ryanair's new flight path between Barcelona Girona and Kalmar, only 300 Spanish tourists have made the trip over the season's 64 flights.

All this despite the fact that even Spain has been in on the game, trying to push Kalmar and the surrounding region as a tourist destination worth visiting.

Catalan newspapers have covered Småland and Öland in detail, travel writers have been and gone, and a Spanish radio station even organized a competition with tickets to Kalmar as the first prize, reported the Östran newspaper. But the Spaniards didn't bite.

Neither the festive delights of Öland's Bornholm, the Summer home of the Swedish royals, the 12th century edifice of Kalmar Castle, nor even nearby Astrid Lindgren's World tickled the tourist taste buds of the hard to get Catalans.

On average, each flight has had only five Spanish people heading to southern Sweden, a loss of 2,000 kronor ($305) per tourist, the paper reasoned.

With the summer season now over and the line closed again, Ryanair's 64 flights between Barcelona and Kalmar brought in 13,500 passengers, mostly Swedes heading for some summer sun, but not enough to impress the head of the airport, Ronny Lindberg.

"We'd hoped for more," he told the paper. But for a route that's in its early stages, it's not so bad.