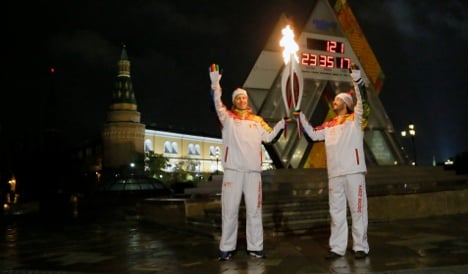 "It's true, we have no agreement with MTG. MTG has decided to broadcast everything themselves," said Per Yng at Sveriges Television (SVT).

The decision means that viewers will only be able to follow the Olympics via MTG's Viasat cable channels. The firm has also secured the rights for the 2016 Rio Summer Olympics.

TV4 has confirmed that they offered a "seven figure sum" in line with what they usually pay SVT for Olympic broadcasting rights but were given short shrift from the Stenbeck family-controlled MTG.

SVT, often together with TV4, has broadcast the Olympic Games for the past 60 years and the change seems to have passed many Swedes by. A recent opinion survey by Sifo indicated that 8/10 Swedes expect to be able to tune in to SVT and/or TV4.

This is a situation which MTG is planning to address and the broadcaster has launched a massive advertising campaign to tempt viewers to sign up for its package of channels.

But for those disinclined to pay for a slew of extra premium channels, SVT has assured that it will be able to report from in and around the games, promising clips of events, news and goings on from the Black Sea resort city Sochi.

However neither SVT nor TV4 will be accredited for the games, meaning that they will not be able to book interviews or be given access to press areas in Sochi.