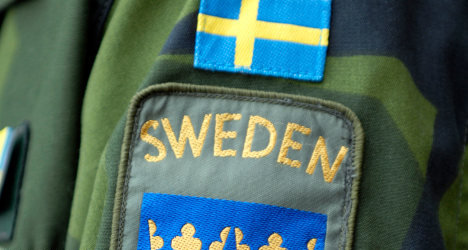 Photo: Lars Pehrsson/TT
The cooperation to develop an advanced space-based signals intelligence system was broken up in May 2011 when Sweden deemed the cost to be too high for the Armed Forces and the Defence Materiel Administration (Försvarets materielverk – FMV), according to a report in the Svenska Dagbladet (SvD) daily.
The system, to be placed on satellites orbiting at 60-110 kilometres above the Earth's surface, was intended to reveal military installations and air defence radars. They could be used when Nato-led forces conducted operations in other countries, according to the newspaper.
France has continued the project despite Sweden's withdrawal and hopes to have the system in operation by 2020. The companies Thales Alenia Space and Astrium have been mentioned in connection with the project on various occasions.
SvD reported that France's request to Sweden in 2009 referred to "one of the most prestigious systems" within global military reconnaissance. According to French sources, only the US and to some extent China and Russia, possess similar capability.
"It is a very interesting system from a military strategy point of view," said FMV press officer Louise Bjarke to the newspaper.
FMV was commissioned by the Armed Forces to conduct a feasibility study, but for cost reasons, Sweden elected to pull out. It remained unclear just how much money Sweden would have been expected to contribute.