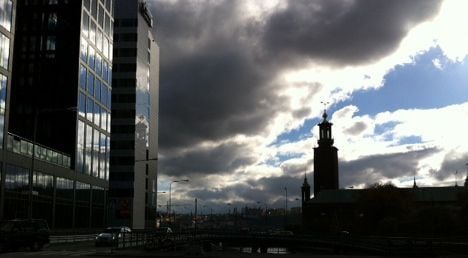 If the study by Stockholm Regional Growth, Environment and Planning (Tillväxt, miljö och regionplanering – TMR) is correct, the influx will mean the city will need some further 2,000 new pre-schools within ten years.

The study has surprised experts because it foresees a much faster growth rate than previous predictions. Researchers predicted that the Stockholm municipality will grown to one million residents by 2019, six years earlier than a study from 2011 predicted.

Researchers have pegged the increase to immigration.

"The increase depends a lot on the fact that the Migration Board (Migrationsverket) has increased its planned migration. There are many people coming from Syria and Afghanistan," Ulla Moberg, one of the statisticians responsible for the study, told the Svenska Dagbladet newspaper.

"Some of them will come to Greater Stockholm (Storstockholm), but it will only be a small increase in terms of the national average."

By 2022, the extended Stockholm region is predicted to house a population of just under 2.5 million residents.

The report suggested that for the Swedish capital to cope with the increase over the next nine years, the city will not only need more housing, but will need to build 1,941 new pre-schools, and will need to be prepared for an extra 24,200 high school students.