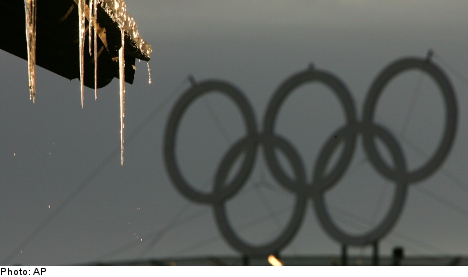 Swedish Olympic Committee spokesman Björn Folin told the Associated Press that a decision on a potential Swedish bid will be announced either Monday or Tuesday.

Deadline for entries to the International Olympic Committee to host the event is November 14th. If Stockholm does submit a bid it will pitch the Swedish capital into direct competition with Nordic neighbours Oslo who announced earlier this week they would bid for the games.

“We are in discussions with the city. We are working on it and there will be an announcement next week,” Swedish IOC member and NOC secretary general Gunilla Lindberg told influential Olympic news website aroundtherings.
Sweden, which has participated and won a medal at every winter games since the inaugural one in 1924, has never hosted the flagship event of winter sport.

Olympic sport came to Swedish shores on just one occasion back in 1912 when Stockholm hosted the summer games.

Since then, Sweden has made numerous bids to host the winter Olympics. Gothenburg lost out to Sarajevo for the 1984 games while Falun was pipped by Calgary for the 1988 event.

Later bids by Falun and Östersund for subsequent games also failed to bring back the Olympic flame to Sweden.

Earlier this year Swedish Olympic Committee president Stefan Lindeberg told insidethegames that Stockholm would be a "perfect size" to host the Winter Olympics.

"Stockholm will be of perfect size for the Winter Games offering top quality without extravagant extraordinary investments just for the Games," Lindeberg said.

He continued; "Cost efficient and sustainable bringing sports and the Olympic spirit, also as a legacy, into the city landscape and the daily life of its people."

Lindeberg added that Stockholm wouldn't have to build everything from scratch which would cut down on costs.

If Stockholm was to be awarded the games it's likely that the alpine skiing events would be held further north in Åre.

A budget of 9.79 billion ($1.5 billion) is what investigator Jöran Hägglund told the Swedish Olympic Committee what the games would cost according to Expressen.

A decision on who hosts the 2022 Olympic Games will be made on July 31st next year in Kuala Lumpur.

It was announced earlier this week that Swedish state broadcaster Sveriges Television and TV4 won't be broadcasting events from the forthcoming Sochi Winter Olympics in February after failing to reach an agreement with rights holder MTG.