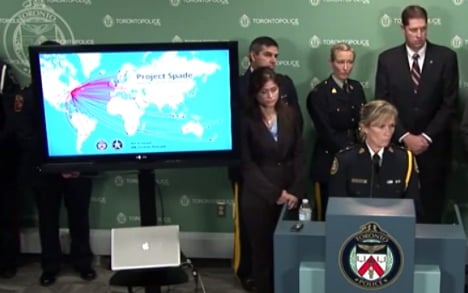 Officers announced the arrests at a press conference in Toronto on Thursday. Photo: Toronto Police/YouTube
The operation, dubbed Project Spade, was launched in 2010 and has also resulted in 386 children being rescued from sexual exploitation, Toronto police said in a statement.
The Sweden arrests were confirmed by Björn Sellström, head of the child pornography unit at Sweden's National Bureau of Investigation (NBI).
"We've filed around ten reports that have led to seven arrests," he told the Aftonbladet newspaper.
He added that the arrests didn't take place in a coordinated fashion, but were carried out over time by police departments in various Swedish counties as new information arrived from police in Canada.
The probe began in October 2010 when undercover police in Toronto made contact with a man who was allegedly sharing images of child sex abuse.
The investigation revealed the man, 42-year-old Brian Way, ran a company, Azov Films, that allegedly produced child pornography movies and then sold them online.
He has since been charged with several crimes, including possessing and distributing child pornography, as well as instructing the commission of offence for criminal organization, the first time someone in Canada has been charged with such an offence in connection with a child sexual exploitation case.
Investigators allege Way paid for videos that were filmed in other countries, primarily Romania and Ukraine. The films were then allegedly sold to hundreds of customers in dozens of countries, ending up in the hands of teachers, coaches, pastors, nurses, and youth workers.
When Way was arrested in May 2011, police confiscated more than 45 terabytes of data consisting mainly of images and films of child sexual exploitation.
"It is alleged that officers located hundreds of thousands of images and videos detailing horrific sexual acts against very young children – some of the worst they have ever viewed," Inspector Joanna Beaven-Desjardins of the Toronto police told reporters on Thursday.
Nearly all the victims were pre-pubescent, and some were as young as five-years-old, police said.
Azov Films had allegedly been operating since 2005, generating revenues of C$4 million ($3.8 million).
Video of November 14th, 2013 Toronto Police press conference 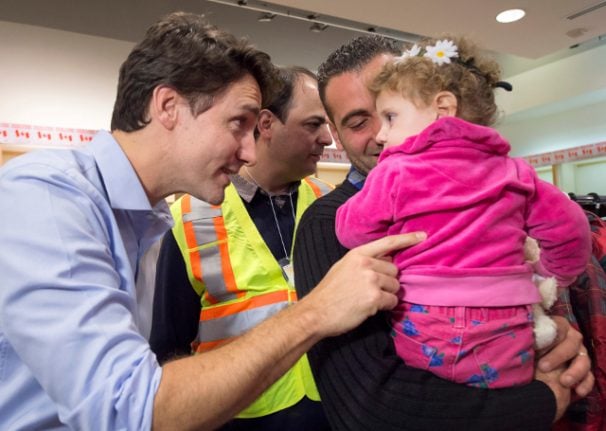 IMMIGRATION
What can Scandinavia learn from Canada on immigration? 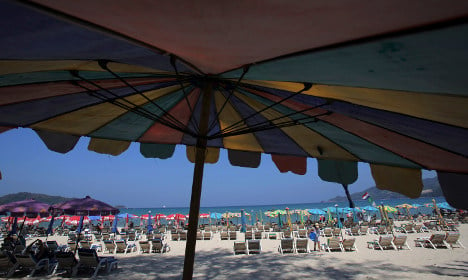