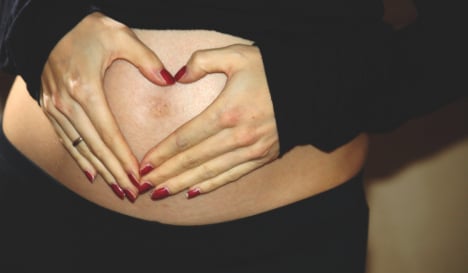 Sixteen of Sweden's 21 counties, which administer health care across the country, now offer more extensive prenatal screening, an increase of two counties in the past two years.

What in Sweden is known as the KUB-test (Kombinerad ultraljud och bloodtest) includes an ultrasound scan and a blood test. If a risk for Down Syndrome is detected, the expectant mother can then go on to have her amniotic fluid tested.

“Foetuses with chromosomal abnormalities are generally detected using the KUB Test,” commented Karin Gottval, who took part in a study published on Wednesday by the National Board of Health and Welfare (Socialstyrelsen).

In 2012, for every 1,000 children born in Sweden, 5.2 pregnancies were terminated following prenatal testing. Some 22 percent of mothers who found out their child had a chromosomal abnormality chose to terminate the pregnancy.

Apart from Down's Syndrome, expectant parents also faced giving birth to children with serious heart, lung and kidney conditions. The mother chose to terminate the pregnancy in 88 percent of cases when the child had anencaphaly, when part of the child's brain is missing. They also chose abortion in 75 percent of cases where doctors detected bilateral renal agenesis – when the child is missing both kidneys.

“What we've also seen as an effect is that early-term abortions have resulted in foetuses being aborted that would have ended in miscarriages a few weeks later,” Lund University reproductive epidemiology researcher Karin Källén, who worked on the report, told the TT news agency.

About one of almost 800 children born in Sweden every year has Down's Syndrome, bringing last year's total to 135 newborns.

While the report authors noted that abortions had become more common after a positive test, the number of children with Down's Syndrome was relatively constant – because older women, who are more at risk, have become more common.

Twenty-two percent of Swedish mothers were older than 35 last year, compared to three decades ago when the percentage was a comparably slim eight percent.

“With so many older mothers, one would expect a significant increase of children with Down's Syndrome,” report author Karin Källén said in a statement. “But the prenatal diagnostics means (the number) is relatively constant.”