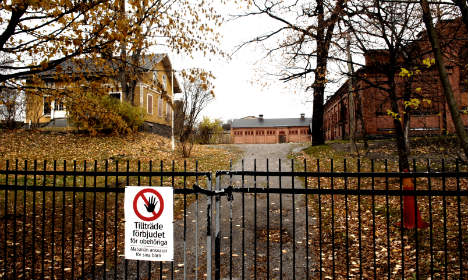 When the murder was committed the suspect was a 22-year-old economics student, according to a report in the Dagens Nyheter (DN) daily.

The charges come as a result of a breakthrough by the Stockholm police cold case unit which is tasked with investigating unsolved murders.

The slaying occurred on October 14th 1996 outside Swartlings riding school on Valhallavägen in the Östermalm area of central Stockholm.

"Yes, yes, there is a stabbed man at… Valhallavägen I think it is called," a man said to the SOS alarm service on the night in question according to DN's report.

The man who had reported the crime had disappeared by the time police arrived to find the dead man.

The cold case unit, which works on 2-3 cases at a time, began to explore the possibility that the man who had made the call could have been the same person who had carried out the offence. While this line of inquiry led to the arrest of the 39-year-old man on Thursday, police were unwilling to confirm if they believe it to be the same person.

No description has been released of the man and police declined to confirm whether there is any resemblance.

The 39-year-old has been held on probable cause – the highest level of suspicion employed by the Swedish police in murder investigations.

The prosecutor has until Sunday to decide whether to request the man be remanded into custody.

The man is yet to respond to the suspicions, the newspaper reported.