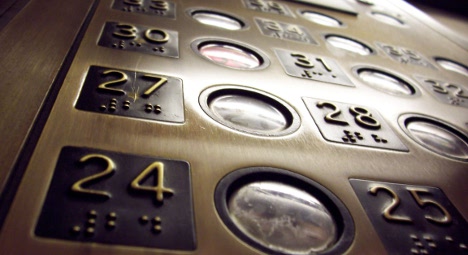 The lift, inside a boat sailing through Roslagen in Stockholm, stopped working on Monday morning, and one of the vessel's employees went inside to repair it, reported the Expressen newspaper.

After he exited the lift through its roof, it started moving upwards and he was crushed to death.

"We got a report that an employee was stuck in an elevator that had stopped already before the ferry moored," Alvin Näverberg of the Stockholm police told the TT news agency.

It wasn't until the ferry docked in Sweden that the man's body was found.

The police are investigating the matter, labelling the incident as a "workplace accident".

"We are going to look into whether something was breeched in the safety routines. Currently, the circumstances are very odd. It is an extreme case," Näverberg told Expressen.

The vessel was a passenger ferry from Estonia, and Swedish media has reported that the victim was a foreigner who did not live in Sweden.