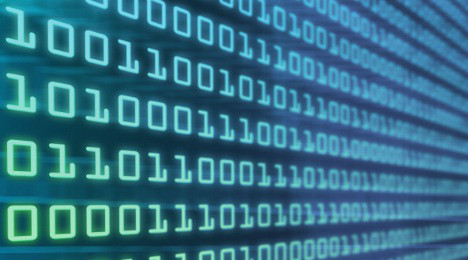 Photo: Flavio Takemoto
“One of the most encouraging findings of this year’s Web Index is how the Web and social media are increasingly spurring people to organise, take action and try to expose wrongdoing in every region of the world," Berners-Lee said in a statement.
The Web Index ranking, released by the World Wide Web Foundation, measures the contribution of the internet to global development and human rights in 81 countries.
Sweden tops the expanded list for the second year running, ahead of Norway.
The foundation however warns that Sweden's ranking, alongside those of other high performers such as the US and the UK, could be at risk from "excessive state surveillance".
"A growing tide of surveillance and censorship now threatens the future of democracy. Bold steps are needed now to protect our fundamental rights to privacy and freedom of opinion and association online,” Berners-Lee warned.
Sweden was praised for its high penetration of broadband among OECD countries, and near universal wireless adoption.
"It is now reaping the benefits of policy decisions taken as early as 2000, when its pathbreaking 'Information Society for All' law established that broadband service should be considered a utility and every citizen should have access to it," the report read.
The index, which was calculated using indicators such as the political, economic and social impact of the web, connectivity and use, shows that a "participation divide" is developing alongside the so-called "digital divide" with wealthier groups pulling ahead of the less well off in terms of internet use.
One of the reasons for the development of this "participation divide" is the increasingly widespread censorship of the internet, the report argued.
In some 30 percent of the countries included in the index there were reports of "moderate to extensive blocking or filtering of politically sensitive content". The study also notes that 94 percent of the countries listed do not meet "best practices standards" in regards to government snooping.
The study concludes that the internet contributes to "real-world change" and that in 80 percent of the countries listed the web and social media had an impact in social mobilisation and was in many cases a catalyst.
The report also indicated that the relative wealth of a country is no guarantee when it comes to securing a high ranking on the index, citing Saudi Arabia, Qatar and Switzerland as poor performers relative to their abundant wealth.
The research also noted that women as a group are poorly served in terms of information about reproductive health, domestic violence and only around half of the surveyed countries allocated significant resources to ICT training for the female population.