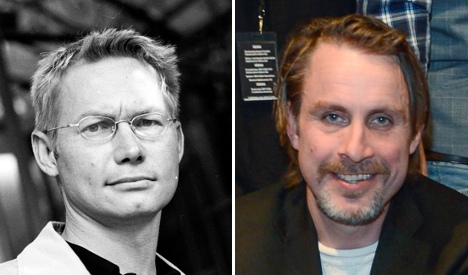 Reporter Magnus Falkehed and photographer Niclas Hammarström were leaving the village of Maaloula when they went missing.

“We know that they were near Maaloula and were on the way to a Lebanese settlement near the border when they were captured, or arrested, by an unknown group,” Expressen reporter Kassem Hamadé, who is now on the way to the village, told the paper. He added that there are signs Falkehed and Hammarström may have lacked visas for travel in Syria.

“Usually the border areas are controlled by Islamic rebels, but most of the border crossings to Lebanon are controlled by the Syrian regime,” Hamadé said. “They are experienced journalists and they know that they cannot move about in a regime-controlled area without a visa. Then you’re arrested immediately.”

Photojournalist Hammarström is connected with Swedish photo agency Kontinent, which often serves as a contact and support centre for photographers working in high-risk areas abroad.

“Niklas and Magnus asked if we could be their contact while they were down in Syria, in case anything happened," Kontinent spokesman Magnus Laupa told The Local.

The Swedish journalists agreed to contact Kontinent every other day, and the last time the agency heard from the pair was on Friday. When they didn't hear anything on Sunday, the agency began to worry and contacted officials at Sweden's foreign ministry.

“We don’t know anything more about the current situation than anyone else does,” Laupa told The Local late Tuesday morning. “We didn't have details about where they were going, and we don’t have any new information.”

Expressen's Hamadé said journalists who are abducted in Syria are viewed as merchandise, and the price of freedom can in the millions of dollars. Many groups in Syria earn money through kidnapping, not just of journalists, but so far no group has claimed responsibility for the Swedes’ disappearance.

“Three British journalists were released in March after being imprisoned for six months, and that took millions of dollars. Nine Lebanese pilgrims were taken near the border to Turkey and were imprisoned more than a year before they were recently released. There is information that they paid a million dollars for each one of them,” Hamadé said.

Details about the incident have been scarce, and the Swedish embassy in Syria wants to keep the situation under wraps.

“We are not going to say much more about what we are doing or what we find out,” Ambassador Niklas Kebbon told news agency TT. “I think if we say too much it may harm our ability to help them. The most important thing is that we know who is holding them captive, so we know which channels we can and should use.”