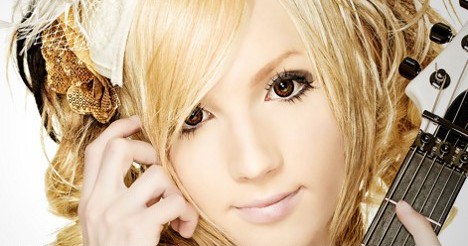 In life, you can be sure of death and taxes. In Sweden, it's death, taxes, and the buzz around Melodifestivalen, an annual song-competition that is both loved and despised by the Swedish public.

And the buzz about the 2014 Melodifestivalen began on Monday. Yes, in November. 2013.

Sveriges Television (SVT) announced the 16 contestants who will compete in the first two of the four heats, each of which is played out in a separate Swedish arena over four weekends, while the Swedish public either votes for their favourites or spends the night watching re-runs of The Bridge.

Melodifestivalen sceptics probably wouldn't recognize a single name from this year's line up, perhaps with the exception of crowd-favourite Yohio who The Local met last year. He's a cross-dressing teen who's popular in Japan, plays guitar like a god (goddess?) and came in second place last time around.

The other 15 contestants were chosen from 2,628 entries, and are all hoping for a ticket through to the sixth and final heat, with the winner representing Sweden at the Eurovision final in Denmark next year. The fifth heat is comprised of those who came in third and fourth in their respective heats, allowing the audience to have a look at some of those who sang songs that you just have to hear twice to appreciate.

If indeed you are a big fan of Melodifestival, spend some time going through this gallery of contestants from Malmö, or this one from Linköping, and familiarize yourself with their name and song title before you hear them for the first time in February next year. We've also thrown in some fun facts and comments about the singers.

The first heat will be in Malmö on February 1st, the next in Linköping on the 8th. The other shows will be in Gothenburg, Örnsköldsvik, Lidköping and Stockholm.