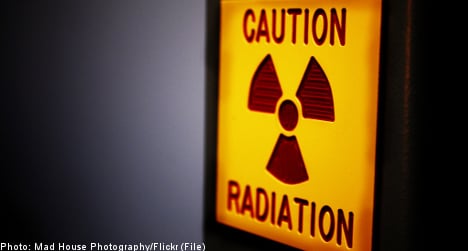 Anti-proliferation experts with the Swedish Security Service (Säpo) mention Iran, Pakistan, and North Korea among the countries that are actively seeking nuclear technology in Sweden.
During the past year, foreign powers have on average made one attempt per week to obtain access to dual-use technology and equipment that can be used to develop weapons of mass destruction (WMD).
"We see acquisition attempts by all three of these countries in Sweden today in 2013," an expert in Säpo's working group for WMD non-proliferation told the Svenska Dagbladet (SvD) newspaper.
"It's unmistakable and continues uninterrupted; it's not something that's happening on the margins and can be ignored."
While Swedish defence companies have long been targeted for their missile technology, Säpo says that universities in Sweden with advanced research programmes have become increasingly popular with agents of foreign countries looking to develop nuclear arsenals.
Currently, half of all acquisition attempts involve Swedish research that could be used to aid in the development of WMD.
Säpo's non-proliferation expert explained that other countries in Europe have become better at ensuring foreign agents involved in weapons development don't gain access to educational programmes that could help their efforts.
"That means that we now see that these people are coming to Sweden," she told SvD.
The security service now hopes Swedish universities start to do more when vetting foreign researchers looking to join sensitive research programmes.
"I hope they take this seriously and feel a moral responsibility," the anti-proliferation expert said.