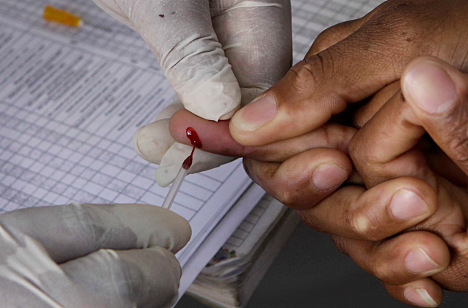 The researchers at Lund University in southern Sweden used data spanning two decades on patients with HIV in Guinnea Bissau, where the researchers found the new variant. It was deemed likely that it had emerged in a few individuals who were infected with two separate HIV variants, which then mixed or recombined to a new variant that was more aggressive.

"It's like a mother and a father and their new child – the child can have some mixed properties of the parents," clinical virology professor Patrik Medstrand told The Local. "We were surprised that disease progression among individuals infected with the recombinant variant was so much faster."

The new recombinant variant has then likely spread from person to person, Medstrand explained. Around 13 percent of HIV patients in Guinea Bissau now carry the new virus has been named A3/02. The new strain was first discovered in 2011, but researchers do not yet know exactly when the variant emerged.

At the beginning of the HIV/Aids pandemic, most infected Swede had subtype B HIV. But as Swedes began travelling, and more and more people moved to Sweden, the picture has changed and now only about half of HIV-infected individuals in Sweden carry subtype B. The rest of the cases involve other HIV variants. Globally, there are more than 60 different strains of what are known as HIV-1 viruses.

"We think this (finding) is also important for the US and Europe, and for Sweden," Medstrand cautioned. "It's a wake up call that the HIV epidemic is changing and there might be new variants emerging."

The finding was recently presented in the Journal of Infectious Diseases,

"In countries and regions with high levels of immigration, such as the US and Europe, the trend is towards an increasingly mixed and complex HIV flora," a statement summarizing the findings said.

The global spread of different HIV variants is increasing, making it possible for novel recombinants to emerge, Medstrand explained. The scientists said that the situation today was very different to when the virus was first detected, when there were different strains but not in the same place.
"When two subtypes get into the same geographic region there is this likelihood that an individual can be infected with more than one subtype," Medstrand explained. "Then a new recombinant variant might emerge."

As the new variant has cut the time of developing Aids in half, Medstrand said public health experts and epidemiologists need to look into the emergence of new variants. On the ground, the new finding could suggest it is time to look how common recombinant variants are on a global scale, as some may be more aggressive than the variants known of today.

"This is a message  about how important the infecting variant can be to the individual," Medstrand told The Local.

The study did include one heartening fact  – treatment available at present to keep the development of Aids at bay also work on this new recombinant variant.

He referred to public health experts the question of whether public information campaigns were the way forward.

"Information is always good, if spread in the right way," he said. "It is still not a curable disease. If infected you have to be treated for the rest of your life, it is very costly for society."

The World Health Organization estimates around 35.3 million people are living with HIV globally. The virus, which destroys the immune system, has caused more than 25 million deaths since Aids first emerged in the early 1980s. 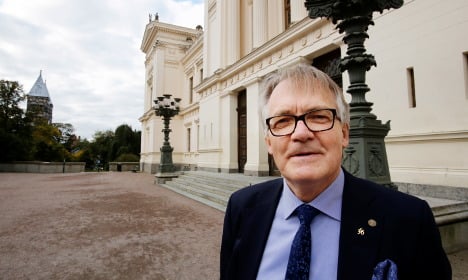