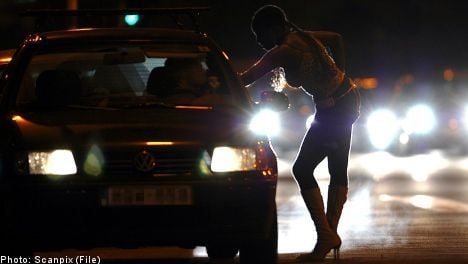 The pair was sentenced to four years each behind bars, with the woman convicted for aggravated pimping and trafficking and the man for abetting the crimes.

The man and woman, aged 31 and 28 respectively, took a 21-year-old Romanian woman out on the streets of Stockholm and made her sell sex. They gave her only a fraction of the money she brought in plus food, while keeping the rest of the income for themselves. The money that did make it into the hands of their victim –  an estimated one percent of the total earnings – was in large part sent back to Romania to the woman's sister.

Both denied any crimes, stating that the woman could have left at any time she wanted. The plaintiff told the Stockholm District Court that she was afraid to leave, fearing that the pair would seek revenge on her family back home, or on her.

The woman earned over one million kronor in roughly 100 days on the job, reported the Expressen newspaper. Media reports said the pair who pimped her out spent the money lavishly, including a luxury car purchase. Each of the convicted has now been ordered to give the young woman 115,000 kronor in damages ($17,600).

The convicted woman's lawyer, Patric Lindblom, was unhappy with the result and plans to appeal. He told the TT news agency that there was "an incredible amount of trust in the information of the plaintiff".