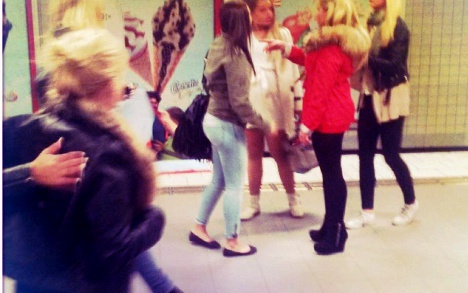 While Swedish boys and girls scored roughly the same in the latest Pisa ranking for maths, girls have now sped past the boys in natural sciences. Girls also continue to outperform boys in reading, and the gap between the two genders has widened since the Pisa review published in the year 2000.

"All school systems that perform badly punish pupils who have the hardest time," Ingvar said. "The Swedish school is organized for pupil-led learning, (which benefits) high-performing middle-class girls."

Education Minister Jan Björklund touched on the difference between girls' and boys' maturity levels as he met the press on Tuesday following the unveiling of the OECD's latest Pisa report. He said that boys were often less mature than girls, who had an advantage when it came to independent study. Brain scientist Ingvar agreed, claiming that boys trail girls in maturity by up to one year.

The average gap between boys and girls among OECD countries was 38 points in the Pisa test which looks at 15-year-olds across several countries. In Sweden, this figure widened to 51 points. And while boys generally outperformed girls in maths and natural sciences in the OECD nations, the trend was inverse in Sweden.

"It is important to remember that there is nothing wrong with the children, the fault lies with the grown ups," brain researcher Ingvar said.

He took a different view on issuing grades to younger pupils than the government, which has touted grades in third grade as one of the cornerstones of a wide-range of education reforms launched two years ago. Instead, Ingvar argued, it was important for teachers to make the boys understand the importance of education.

"Grades are trivial compared to feedback in the classroom," he said.

Girls' ability to dedicate themselves to their studies without adult input was also noted in a 2010 report entitled "Gender difference in school performance".

University West professor Inga Wernersson said the girls not only spend more time on their studies than boys, but do so "more systematically and more effectively".

"Those who belong to the smarter group can't pretend they need to make an effort," she commented on the boys' behaviour. "Girls have no reason to assume that they'd get good results without putting the effort in."

Education officials said they were nonplussed when it came to explaining the gap.

"We don't really have a good explanation," said Anita Wester, spokeswoman at the Swedish National Agency for Education (Skolverket).

The latest edition of the Pisa test for the first time included digital tests for the maths and reading components. The boys got better results in the digital rather than the analog exams.

"In 2015, the entire test will be digital for those countries that have access to the technology," Wester noted. "It will be interesting to see what effect that has on the results."