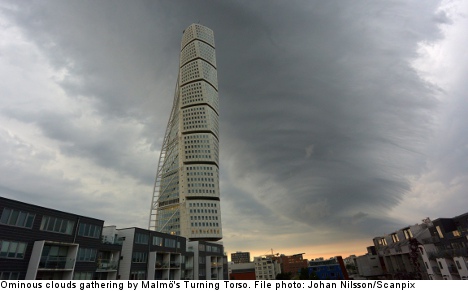 Tourism in Skåne carried out the study to gauge reactions from other Swedes about their southern cousins. It was the Scanian dialect that came in as the top reaction, with its unique words which often confuse non Skåne natives.

"The fact that Skåne is so geographically distinct means that it is possibly most associated with its dialect," Sara Brynskog of Tourism in Skåne told the Metro newspaper.

Scanian (Skånksa) is often referred to as Swedish spoken with a Danish accent. The region's close proximity to Denmark means there is more of a cross over of languages than in the rest of country.

IN PICTURES: Take a stroll around Malmö, the capital of Skåne, by night

Scanians, however, are proud of their local slang.

For example the local trains are called "pågatåg" in homage for the Skånsk word for boy (påg) while a wheelbarrow (skottkärra) is known as a "rullebör" with particular emphasis on a rolled "r" at the start.

Tourism in Skåne decided to address the language barrier head-on at the recent Gothenburg book fair where visitors were given a crash course in Scanian.

Among the words which caught non-Scanians out was the local term for rubbish (mög), disgusting (rälig) while somebody who speaks Stockholm Swedish is labelled a 'spissflabbad'.

"It became a popular talking point at the exhibition stand. We are trying to play down the negative and turn it into an amusing thing," added Brynskog.

A student quizzed by Metro said Scanian could be found "to be either charming or incomprehensible" while another said she became "troubled" when locals used Scanian terms.

Along with the language the survey also discovered that Swedes associate Skåne with the late actor Edvard Persson, famous for playing Scanians, along with the distinctive tall "spettekaka" dessert which some argue requires a hacksaw to cut into.

The local nature and scenery also came in for praise according to the survey with Tourism in Skåne adding that "it takes time to change a brand."