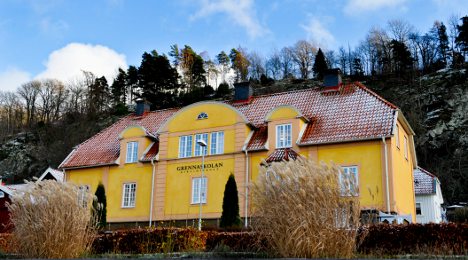 The Grenna School, a boarding school in central Sweden, may lose the right to charge tuition. File photo: Pontus Lundahl/TT

Three schools in Sweden – Lundsberg, Grenna, and Sigtuna – are designated as national boarding schools. The schools are financed by a mix of tuition fees and state funding.

Education Minister Jan Björklund has now proposed that the government strip the schools of their special status, in which the current system of special state grants would be axed and tuition fees banned.

"It's difficult to defend that certain schools have completely different conditions to others," Björklund told Sveriges Radio (SR) on Tuesday.

The legislative proposal has been sent to out for comment with the intention that it would come into force on July 1st, 2015, essentially converting the schools into publicly-funded, privately managed 'free schools'. While the schools would then no longer be able to charge tuition fees, they would still be allowed to charge fees for boarders. They would receive public money from local authorities, calculated on their pupil numbers in the same way as for other free schools.

Björklund said he hoped that new entry requirements would permit the schools to recruit from a wider social base.

"The schools should be open for everyone, regardless of the parents' financial situation," Björklund said. "That could mean that the schools become more popular as they become accessible to more (students)."

That hope, however, was quickly dismissed by Mats Almlöw, head of Grenna (Grennaskolan), who laughed when contacted by Sveriges Radio reporters.

"Have you been to Gränna?" he queried. "It's a quaint, tiny town of 2,400 inhabitants and we do not have selective entry," he said, pointing out that most of his students come from the nearby areas in central Sweden. "You can't say we have a huge supply of pupils to chose from and our fees do not impose limits."

Primary school students aren't charged a fee to attend Grenna, while the school charges 2,000 kronor ($305) to upper secondary students who want access to after-school activities, which generates 100,000 kronor a year in income. But the school receives 2.4 million kronor revenue in state funding annually for the 37 students whose parents live abroad. If these two income sources were eradicated, the school would lose 5.8 percent of its annual turnover.

"We can manage that within our current operations," Almlöw said.

The three elite boarding schools were all swept into the maelstrom following reports of violent hazing at the Lundsberg. A male pupil had his back burned with an iron in a hazing ritual that took place in a boarding house. The Schools Inspectorate (Skolinspektionen) briefly closed the school, but it was reopened after a court found that the state agency had no right to get involved in what happened outside the class room.

In the wake of the revelations, two former boarders, former politician Ian Wachtmeiser and author Jan Guillou, took to the air waves to debate the culture at the elite schools, long seen as training grounds for the upper class. Guillou criticised them for being based on British colonial thinking, comparing them to Eton, while Wachtmeiser defended the institutions.

In presenting his proposal, however, the education minister was quick to underscore that the new elite-school proposal was being researched long before the hazing scandal at Lundsberg made the front pages across Sweden.