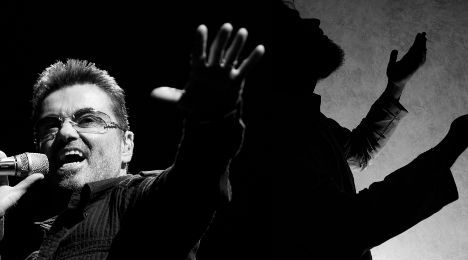 The alleged abuse began at the interview stage, as the man was told he would have to cut his beard to work at the company. "Swedes are racist, " the employer said. Therefore it was necessary for the man to cut his beard as "we work for a Swedish company".

When a case worker from Sweden's National Employment Agency (Arbetsförmedlingen), who was helping the gardener with his application, stepped in to ask the employer what exactly the company meant by its requirement that the job seeker trim his beard, he was told the man's facial hair should be "like George Michael".
The allegations, laid out in an official report submitted to the Swedish Equality Ombudsman (Diskrimineringsombudsmannen – DO) earlier this year, also claimed that the Employment Agency staffer then urged the man "to tidy himself up a bit" and accept the employer's demands, and also said the employer probably just had "a sense of humour".
While the man did trim his beard, he has stated that he felt uneasy with the decision. He had also asked that he be allowed to take breaks during work, when other employees took time off to smoke, in order for him to pray.

READ ALSO: Discrimination of Muslims 'all too common' in Sweden

At first, he was part of a team at work with many other Muslims who prayed together. But within one month, the employer's irritation at his praying and a litany of jokes about his beard and several vulgar comments with sexual content began to mar his employment.

"(The boss) and other colleagues started asking when NNN was going to shave off his beard," read the official complaint to. The document contained reference to the sexual banter that the man found deeply offensive, and which he later recorded to prove he was being mistreated. Among other things, the man was asked about his sexual interactions with woman and about the size of his genitalia.
"NNN attempts to ignore the harassment by looking away and ignoring the questions. In the end he says he is not comfortable with the questions."
DO has now asked the man's employer to answer a long list of questions about the work place environment and whether there were steps taken to ensure discrimination did not take place. DO is a government agency that seeks to combat discrimination on grounds of sex, transgender identity or expression, ethnicity, religion or other belief, disability, sexual orientation or age.
"Have you taken any action due to the harassment? Describe the review with dates and included any documentation," the DO letter stated. "What did the review find? Were NNN and others informed of the review and what it found? Have you spoken to NNN about whether he needs support and help?"
READ ALSO: Seven reasons Sweden should employ immigrants
The jibes and the taunts about the man's beard continued as summer arrived. When he scratched his beard, he was told to stop because "it scares the Swedes". Another employee threatens to beat him if he scratched his beard again, the complaint to DO stated.
His employer also increasingly took issue with the man taking a break to pray, leaving his increasingly stressed out employee to sneak off to the woods to pray – which is required five times daily by observant Muslims. The employer also said he had to quit praying at night, because it would affect his performance at work. Citing the same reason, the employer said the man was not allowed to fast during Ramadan.
READ ALSO: Arctic Muslims risk health during midnight-sun Ramadan
"NNN's view is that it has always been clear to the employer and his colleagues that he is a practicing Muslim," the complaint read. "That NNN is forced to stop fasting and is not allowed to pray at his place of work is linked to his religious affiliation(…) Furthermore, non-religions colleagues are allowed to take more "smoking breaks" while NNN cannot take an equally long break to pray."
NNN's legal representative with the Gothenburg Human Rights Center (Göteborgs rättighetscenter, GRC) said she would not comment on the case until DO had issued its official ruling.