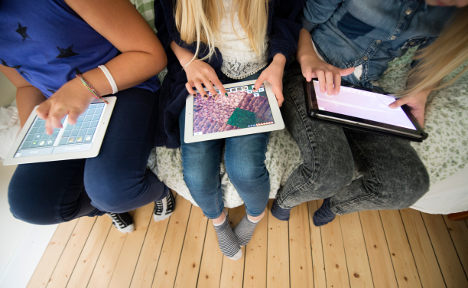 Generations of Swedes have assumed that the country's welfare is the envy of the world, but as the recent Pisa report shows, that certainly does not apply to education. Swedish pupils today score lower in mathematics, reading comprehension and natural sciences than the average in the OECD. Sweden has experienced the greatest fall in the international students assessment.

Across the political spectrum, many have offered their answers to why and how to reverse the trend can be reversed. More funding! Time to abolish students' choice of schools? Or do our children simply lack discipline? Have immigrants with low levels of education dragged down the Pisa results? And if yes, what do we do? Even the education minister has said he was sorry, that he should have re-nationalized the schools when his government came to power already seven years ago, rather than let municipalities run the show.

Many call for better teacher training, and an increase in teacher salaries. In Sweden, a new generation of teachers had low grades when they went to school. The high-achievers and the ones who went on to university and by and large shunned the profession. A controversial story in the Dagens Nyheter newspaper earlier this year argued that even those with a grade of 0.1 out of 2.0 could qualify to become a teacher, due to a quota system in which students are admitted through the higher education entry exam "högskoleprovet" rather than based on their grades from high school. Administrators at Linköping University teacher training told The Local at the time that the quota (about one third of all students) was probably too big.

The situation is, in fact, quite disastrous. In another story published earlier this year, the Expressen newspaper spoke with university staff who felt that students today were less knowledgeable and were not as able to work hard in school compared to previous generations. Krzysztof Bak, who teaches literature at Stockholm University, explained that “the courses we had that were on a B level during the 1990s are now on a D level". As knowledge has deteriorated, what was once an advanced introductory level course is thus today seen as advanced graduate-level. This is hardly encouraging for a knowledge-intensive country such as Sweden, aiming to compete internationally with high wages and generous benefits. Both welfare and wealth risk being depreciated as knowledge slips.

At the same time, this situation comes as no surprise. Sweden has with time moved from a well-functioning school system that focused on discipline and academic achievement, to one where classrooms can be chaotic, and where pupils on average study few hours.

Bert Stålhammar, retired education and learning professor, recently reflected on going to school in the 1940s. Stålhammar argues that many of the suggested reforms, – smaller classes, more funds, greater resources – would matter little unless schools deal with the chaos. The old professor describes how a manager at McDonalds told him that he had met about a hundred Swedish high school students, yet he only believed that a maximum of ten of them had what it took to work in the hamburger restaurant.

Perhaps Stålhammar, or his acquaintance from McDonalds, is exaggerating. But it is certainly true that schools no longer teach discipline as they used to. Although some schools – not least a number of free-schools (state-funded private schools) that academic parents now see as safe havens – are attempting to reintroduce hard work and good manners, political policy at time stands in their way. Recently the Swedish National Agency for Education explained that students should be given the right to use mobile phones and wear jackets and hats in classes, as long as they do not disturb anybody else.

The soft ideology that for long has dominated Swedish schools also manifests itself in how few hours the students dedicate to their books, especially in order to be competitive in a knowledge-intensive society. The education minister and Liberal Party (Folkpartiet) leader, Jan Björklund, has been aware of these problems for many years. Recently, he said that tardy students are one of the main problems in Swedish schools. Björklund's advice to teachers is simple: lock the door after class starts, rather than letting the students drop in when they please.

So does it really make sense that Björklund, the man who has been minister of education for seven years now, is one of the harshest critics of the system? Hasn’t he had ample time to introduce change and halt the fall of students' performance? An educated guess is that the question of schools, which previously has won the government many voters, will in the upcoming election be in the hands of the opposition parties.

Nima Sanandaji, a Swedish writer of Kurdish origin with a PhD in polymer technology, has written numerous books and reports about subjects such as integration, entrepreneurship, and women's career opportunities. His recent book, published by Sweden's Reforminstitutet think tank, is entitled Krympande eller växande städer ('Shrinking or growing cities'). He is a regular contributor to The Local.