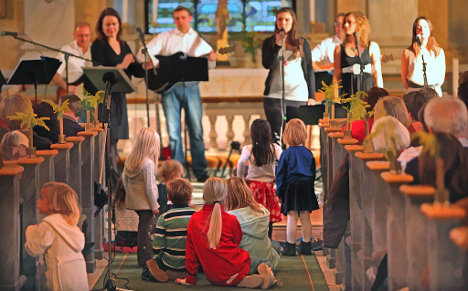 Last December, Education Minister Jan Björklund ordered an investigation into the rules of Sweden's National Agency For Education (Skolverket), which state that annual graduation should have no religious affiliations. He said that the rules were "very unclear" and had left principals and priests at loggerheads every December about exactly what is allowed.

Many schools across the country ignore the rule and have held ceremonies in churches with students singing hymns.

On Monday, the review was completed, and stated that the government should amend the rules so that Swedish "graduation can be held in a church and hymns can be sung", revealed the Svenska Dagbladet newspaper (SvD). The news was welcomed by Björklund.

"I think we should cherish our cultural heritage," he told the paper.

"Celebrating the end of school in a church has gone on for generations in many parts of Sweden. If people want to do it in different schools, then it will be allowed. The principal shouldn't need to feel that it's a crime."

The finer details of the proposed rule changes remain unclear, although the minister added that while confessional hymns would be allowed, collective prayers will still be forbidden.