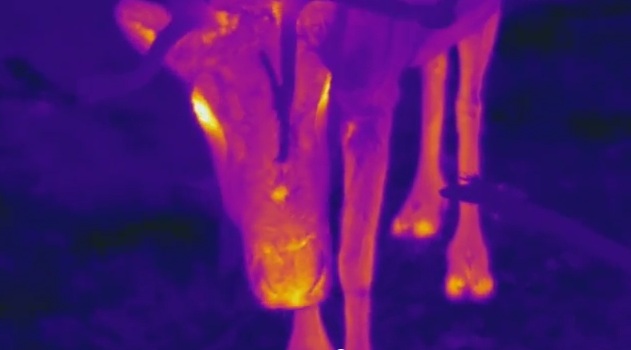 It's a story which has always puzzled children. Is Rudolph's nose really red or just a line in a song? Step forward Ronald Kröger, a professor of functional zoology at the University of Lund in southern Sweden who has solved the mystery.

"Reindeer live in a cold climate… and they are looking for food under the snow. When they are feeding their mule (nose) they are exposed to a very low temperature and have to prevent them from freezing.

"They have to know what they are eating and they do that by pumping warm blood into the mule and that means that it can be a bit reddish because of this strong blood flow in the lips and nose," Kröger said in an official Lund University video.

The researchers made the discovery by monitoring reindeer at the zoo of Nordic animals in Skåne throughout the night using a high-tech infrared camera which can detect heat sources that radiate off the body.

It became apparent to Kröger and his team after viewing the footage that not only do reindeer have warm eyes but also a glowing red nose.

He admitted that the motivation to conduct the study was inspired by his dog's wet nose.

"He touched my hand and I was getting curious as to why it was cold which is the opposite of the reindeer. Nobody really knows why it's cold and that is what we want to find out."