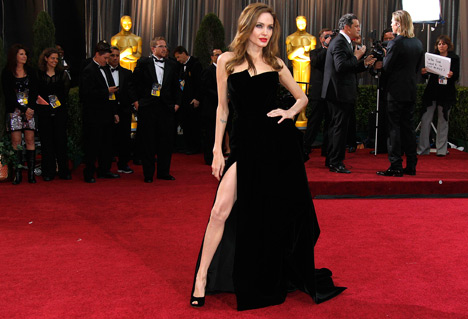 It's that time of the year again. Tinsel, trees, tranquilizers…. Presents have been bought, none wrapped by me, of course, there are store attendants for that. I'm on a flight to Scotland and it's time to ponder my three-year anniversary. Which anniversary? Well, moving to Sweden. Did things turn out as I hoped? Well, yes….

Faithful readers of The Local will know I have had my fair share of romantic escapades, that I found a good job. Faithful fans or ardent admirers (or cat-calling critics) of my columns may have noticed my relative silence of late.

I've been busy. In a lovely way.

Having found true love on Östermalmstorg, however, threw up an inevitable question. Do I want children? He does.

Facing the prospect of regular sexual intercourse, and the hazards it brings with it, I rifled through sixteen million indecipherable medical webpages in Swedish. Whom to speak with to get birth control? I finally muddled through (my Swedish is fine, btw, but I am not a doctor), I picked up a hormone IUD at the apothecary (love that word). It was expensive, and the box looks like a rocket-propelled grenade. I did not, however, have any time to get things properly, hm… administered? So I've taken my RPG with me on the flight to Edinburgh.

I do hope that if the odd-looking machinery has Swedish airport personnel up in arms, the company that makes the Mirena will make me the face of their future ad campaigns.

Sitting here on the plane, I felt all warm and fuzzy inside. Not just because I'm too lazy to take off my angora sweater, but because I am in love. We celebrate our month anniversaries and he keeps a tally of how many days we've been together. (Sickening, I know). Then, suddenly, I feel truly sick… with rage. The toddler behind me starts aiming karate kicks at my lower back. The moronic mother does nothing to stop the little cretin in its rampage of disrespect.

So maybe an expensive IUD was not the answer? Maybe hanging out with those little sugar-addicted inarticulate monsters is enough?

I turned to my friends and asked, where exactly should one hang out, if you want to make sure you never ever ever ever want to breed?

Go to Ikea in Kungens Kurva on Saturday afternoon

You were just going in for a shelf, right? Or where you hoping to pin the Ikea staff to the wall and ask for that missing screw from the assembly kit you dragged home on the 173 bus last weekend? Ok, so maybe you also thought you'd manage to gobble down a non-horse meat weiner or two on your way out, but overall, you thought you'd be in and out in flash?

By the time you've spun around every section of manipulated interior deco bliss, you'll feel topsy-turvy and ready to vomit. This, my friends, is the equivalent of morning sickness. You really want to puke your guts out for nine months? No, didn't think so. So keep that in mind.

Once you reach the restaurant you might as well wrap yourself in black garbage liner (aisle 345BJDk729  – "easy" to find near the discount shelf!) because some kid or other will take a pot shot at you. Somewhere in the cacophony of scraping plastic chairs, chomping, burping, NS bawling, you will see a cream sauce covered meatball sailing your way.

Bravo to you if you duck and cover. You'll need plenty of that skill if you reproduce. But if you find yourself with lingonberries and goop smeared all over your face, remember, this is the price of copulating without a condom.

There are a few reasons for this. Because it is the only place where I have ever seen a mother call her toddler daughter “a fucking bitch” in public, but also, despite the chavs, it is a truly great culture city… until some god-damn child goes and stands right in front of you as you gaze at your favourite pre-Raphaelite at the Walker Art Gallery, or bumps into you as you wander the sculpture gallery of the Liverpool Tate Museum.

Yes, kiddo, the Greek man made of marble has his ding-dong out on show! Get over it, and make yourself scarce!

Visiting friends in Liverpool is always a good way to remind yourself why some people think eugenics is a good idea.

And while most Scousers are the epitome of northern English charm and warmth, I have, over the years, also run into a few adults who shouldn’t have been born. Like the bus driver who called me a slut…. Pity he came to be and hope he hasn’t reproduced!  Admittedly, I’d just told him to go eff himself, which brings me to another point – my own rather snobbish reactions to Liverpool makes me pretty sure that I should not have children myself. I’d turn the poor innocent zygots into condescending middle-class zombies in minutes.

I have an excruciatingly embarrassing tweenhood memory from my own younger years. My brother Hamish and I were watching Pretty Woman, when prostitute Julia Roberts whips out a selection of candy-coloured condoms for her client Richard Gere’s perusal.

“Should the kids be watching this!?” my working-class father bellowed.

Mum slipped into her most crystalline upper-class cut glass tone when she responded.

“I’d like our children to know everything there is to know about safe sex, thank you very much.”

Hamish and I cringed. Pretended to ignore them. But that’s just it. We remember the brief exchange, and while it may have served both me and Hamish well (no STDs in our family), I just can’t imagine that such an innocent exchange could cut through today’s bull of online sexual harassment, bullying, suggestive selfies, and rampant cases of outright assault and rape.

No kids, thanks, because I frankly don’t know how to protect them. I’m only 33 but I already feel like an old fogey.

Watch an interview with Angelina Jolie

Nor do we have her pout nor her pins, both of which paint a decidedly unfair image that attaining utter Milf-dom is in all of our reaches.

Yes, all hail the uncontested queen of the Milfs (mother I'd like to f***), we love you, but we can never be you so I'm keeping my legs closed and my signature off any and all adoption papers.

Your child could become a Folkpartist! (Liberal Party member) Never forget that. Wear a condom!

Scotswoman Emilia Millicent moved to Stockholm three years ago and works in finance. She writes love and dating columns for The Local when it takes her fancy. All her stories are based on true events, but names have been changed to protect identities. 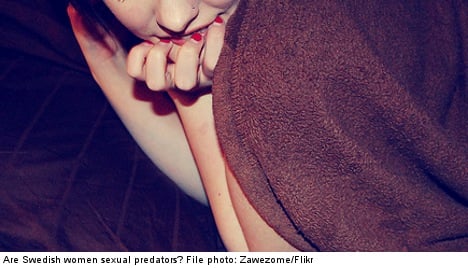 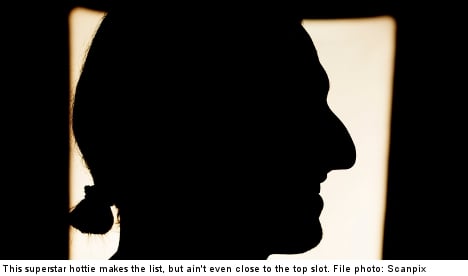