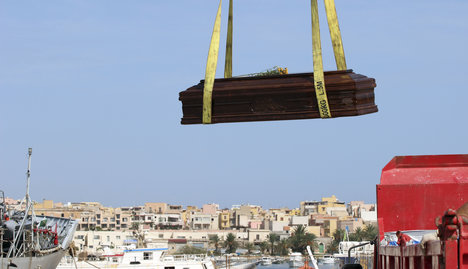 One of the Lampedusa tragedy's victims laid to rest. File photo: AP

"For us, it is important to save lives, and that has to come first," Defence Minister Karin Enström told Sveriges Radio (SR) on Thursday.

While migrants faring ill at sea is not news, the death of some 300 people after they accidentally set fire to their capsizing ship brought the issue to light once again. The Swedish government's statement on Thursday specifically mentioned the incident as it announced the Swedish coast guard's upcoming mission.

It will not be the first time the Swedes aid an international mission at sea. The coast guard has taken part in Mediterranean operations in 2009 and in 2010, and have contributed twice to the anti-pirate mission Atalanta off Somalia. The Swedes have also done fishing industry checks and environmental assignments at sea.

"This airplane has a very good capacity to, from a high altitude, survey expansive areas and discover very small boats at sea," Enström explained. "In these cases, one imagines being able to see very small over-loaded boats, and not just see that there is a boat but get an idea of conditions on board."

The plane will be offered to the European frontier agency Frontex, a Warsaw-based outfit of the union that has come under severe criticism since its inception seven years ago for lack of transparency.

"The worries regarding the need to keep this agency accountable are particularly marked due to the proximity of its field of action with human and protection rights related issues," PhD candidate Leila Giannetto at Trento University summarized last year.

Frontex in January put out a tender for "optionally-piloted aircraft", in essence saying it was ready to use drones to police the frontiers. The official aim was to "identify more cost-efficient and operationally effective solutions for aerial border surveillance that could be used in Frontex joint operations".

"For two weeks during July the company and unknown subcontractors will provide an optionally-piloted aircraft and accompanying ground station as part of Frontex's "Aerial Border Surveillance Trial 2013"," the civil liberties watchdog StateWatch reported earlier this year.

The agency has now decided to increase its monitoring of the Mediterranean, providing Sweden the opportunity to offer assistance.

"The coast guard can help people in danger at sea," Enström said. 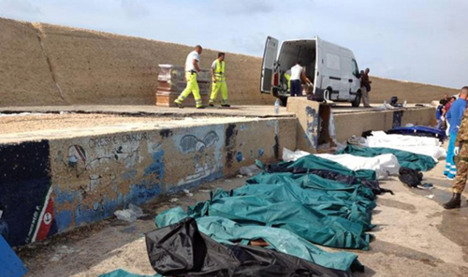