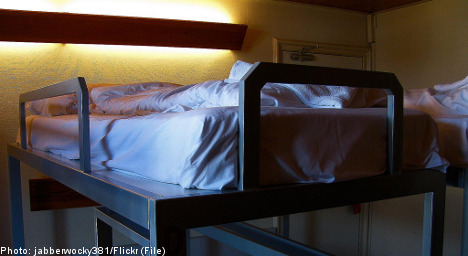 Malmö Live Clarion, which is set to open near the newly redesigned Malmö Central Station in 2015, is the first of seven new hotel developments in the city, according to Job & Makt, a publication from the Öresund Institute.

"There is clearly a growing capacity in Malmö," said Peter Ek at Clarion Hotel & Congress to the magazine.

While Malmö Live is the closest hotel to the new congress and concert centre in the docklands area of the city, a further three hotels are slated for construction in the vicinity – in the Dockan area, one by Malmö University and one by Caroli on the other side of the station.

A further hotel is planned near Dalaplan and two are set to be opened in 2016 in Hyllie, south of the city and near Malmö Arena and the massive shopping centre which is under development there.

The major expansion in hotel rooms brings with it certain challenges, according to Johan Hermansson at the Malmö tourist board.

"It can be tougher (for existing hotels) in the short term, but it will work out in the end. But of course it will become extra important to work to attract travellers to our region," he told the magazine.

According to figures from the tourist board, some 940,042 overnight stays were recorded in the city between January and September 2013. The number of foreign guests declined by 9 percent over the period.

The city hosted the Eurovision Song Contest in May with the event estimated to have generated 160 million kronor ($23.5m) for Sweden's third largest city.