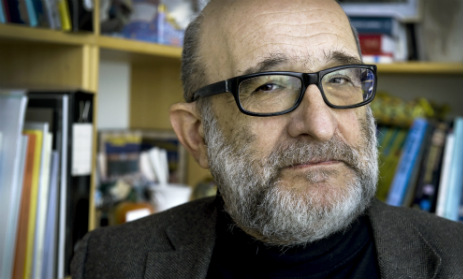 "An authorized demonstration was attacked by some 30 people, who even attacked the police on site," Stockholm police spokesman Kjell Lindgren said last Sunday. "Two people were injured and taken to hospital and a policeman was also taken to hospital."

To find out whether the incident is likely a one-off, or if Sweden indeed has a problem with fringe far-right groups, we turned to Jerzy Sarnecki to find out who joins an organization such as the Swedish Resistance Movement, which took responsibility for last weekend's attack.

What kind of people join these types of organizations?

That’s not a very easy question to answer, as they attract many different types of people, but the very young ones, like we saw in Kärrtorp, are lost young boys who haven’t had a very easy time in life, but through joining find some kind of identity.

I’d say they aren’t much different from other angry young men who give themselves over to extreme opinions. They have the same assortment of problems that we see among young men who commit crimes in general, and they are found both on the extreme right and the extreme left.

What does the situation look like today compared to twenty, thirty years ago?

In the recent past, violent individuals with political ideas were more often found on the extreme-left. Young people in my generation were more inclined to the left.

But Sweden had a (Nazi) problem before, but what we had thirty years ago was the old generation that were Nazi sympathizers during the war. Today, we are talking about young neo-Nazis. We’re talking about a third generation, as neither they nor their parents experienced the war, and they have an ideology that’s not anchored in experience.

This is about shocking people, about wanting to do something that is very provocative. It really is a very dramatic step to come out and say you are a Nazi, you really want to be an enemy of society.

Why are they so often young men?

Ha! It is always young men. Just think of a really bad idea and it is always a young man who’d do it. Young women are more mature, they are more empathetic, and they rely more on social relations.

Is it likely they have been in touch with Swedish child and youth psychology services (Barn och ungdomspsyckologi – BUP)?

My guess is that’s the case, but that is based on my general experience of angry young men. They’ve had a number of problems growing up, and in school… you name it.

Swedish police talk about certain crimes that act as warning signals when young people are slipping into a life of crime.

They’re called “strategic crimes”, and include robbery and car theft, but I think most of these people have committed their strategic crimes a long time ago. Not all, but many of them.

The problem is that when you have a criminal record and belong to an ideological organization, the risk of relapse increases.

But in organized crime the reward is making a living, what makes these people stay?

Not all crime is about money, not even organized crime. You need to get some kind of reward, but it doesn’t have to be financial. Money isn’t everything in life; there’s status, a sense of belonging.

There are very few among these young men who are fully fledged extreme-right soldiers, so to speak. These are young people who right now have found some kind of community.