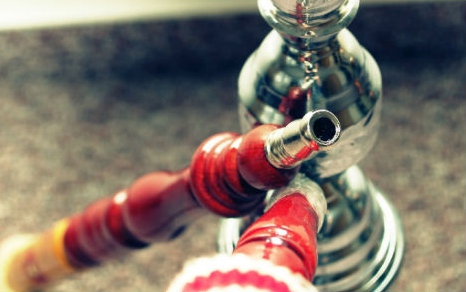 A hookah pipe like this is set to be a thing of the past in Södertälje. Photo: Jan Krömer/Flickr

Six community centres in the multicultural town Södertälje have been hit with the threat of fines if their visitors light up,  the culmination of a long-running feud with the municipal environment committee (miljönämnden). If any of the community clubs steps out of line, they will be hit with a 20,000 kronor ($3,000) fine.

"We concluded that the public has access, there is a lot of smoking going on, and it is very difficult to control what's in the fume," the committee chair Patrik Waldenström told The Local. "Often it's tobacco. We can't control what people put in their pipes and the Swedish tobacco law says you must be able to check what is being smoked."

Municipal health and safety inspectors have made over 70 visits to hookah establishments in the past five years, while the police have also inspected the premises on 30 occasions. The Green Party politician said it did not matter whether the proprietors felt picked on.

"There is always that risk when the authorities get involved, but we can't take that into consideration, the tobacco law should be followed," Waldenström said.

Even though three of the six community centres affected by the ban have separate smoking rooms, which can still be used, Waldenström said the decision could affect the nature of socializing in the clubs. Managers told local media they were afraid the ban would affect their visitor numbers.

"We will appeal the decision as it will make a big difference to how many people come to our premises," Yusef Ivan at the Schlomo community centre told the local Länstidningen newspaper.

Waldenström argued, however, that when Sweden banned smoking in restaurants, there were initially many skeptics who later admitted the prohibition had its benefits.

"I think even smokers found it to be positive," he said.