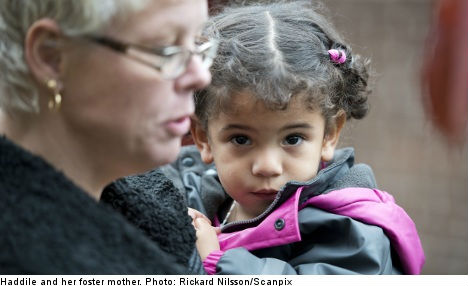 Haddile, who was abandoned by her mother just days after her birth and then allegedly abused by her stepfather before being taken in by foster parents, became a household name in 2012 when attempts were made to deport her.

Her story sparked outrage in Sweden and she was eventually given a two-year residency permit but not refugee status. The girl's parents have since said they want to bring her back to Algeria.

"They were calm and friendly. Haddile was curious but they didn't understand one another," her foster mother Malén Liewehr told Expressen of the recent family rendezvous.

She added that the parents visited on two occasions during the festive season and were accompanied by staff from social services and an Arabic interpreter.

"The mother was enormously moved by seeing her little girl. She tried to stroke and hug her but Haddile didn't want to," added the girl's foster mother.

Haddile was taken into care by the Liewehr family in southern Sweden when she was four months old and they have said they are willing to adopt her.

The girl's mother, who also has French citizenship, disappeared 20 days after giving birth at a hospital in Lund. Her stepfather took care of her after the mother's disappearance but he was accused of abuse after the infant was admitted to hospital with serious brain damage at the age of four months.

In 2012 the Swedish Migration Board (Migrationsverket) attempted to deport her to France to reunite her with her mother. The move prompted tens of thousands of Swedes to sign a petition condemning the move which prompted the migration board to delay the deportation.

The story of Haddile, which has captivated Swedes, continued throughout 2013 when she was granted a two-year residency permit. In July she was refused refugee status or permanent residency by the Migration Board of Appeals (Migrationsdomstolen)

Her foster mother added to Expressen they have exchanged photos and films of Haddile with her birth parents but added that she hoped they showed "humility" and consider her needs first in advance of any future deportation battle. 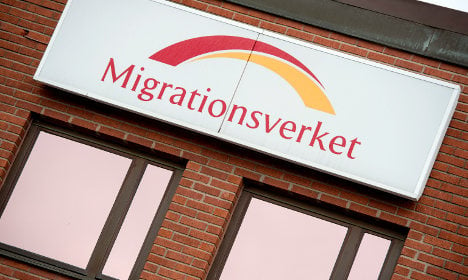