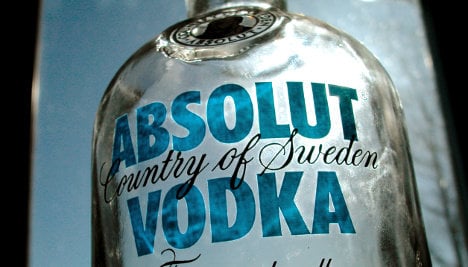 A guest at Harry's Pub in south-central Motala thought there wasn't enough kick in his Friday night drink. Taking it upon himself to find out, he ordered a shot of straight vodka – which turned out to be water.

"It wasn't vodka, it wasn't watered-down vodka, IT WAS PURE WATER IN THE SHOT!" the duped drinker wrote on Facebook.

The man claims he and his friends doubted the alcohol's attributes after a round of mixed drinks, and went to the bar for a test. He ordered another glass of Redbull and vodka – specifically from the same bottle – and, reportedly noticing the bartender's irritation, proceeded to order a straight shot of vodka from the bottle.

What he got was a shot of plain water, a blunder which the pub has confirmed but claims was a sincere mistake – and a gaffe that only affected one guest.

"A rumour is going around that we switched our vodka with water. This is not true," the pub professed on their own Facebook page.

"We happened to have a bottle of water yesterday but removed it immediately when we realized it was water. So everyone who has been here has received vodka in their drinks except for that shot."

Staff at Harry's Pub refused to comment on the incident when contacted by the Local.

Pub authorities said there was a perfectly legitimate reason for the water-filled vodka bottle. During the past half year, several break-ins occurred, in which some 40 bottles of vodka were stolen. The bottles of water were intended to bamboozle would-be burglars, not to cheat clients.

"We got tired of it and decided to fill several vodka bottles with water. We have since removed them but apparently missed one," Daniel Ringström, pub owner, told local newspaper Corren. "I have spoken with the person and explained. I think the guest overreacted."

Rumours have circulated online that many guests received shots with water, and several wrote that the pub's measures against robbery were remarkable as the backdoor apparently doesn't have an alarm.