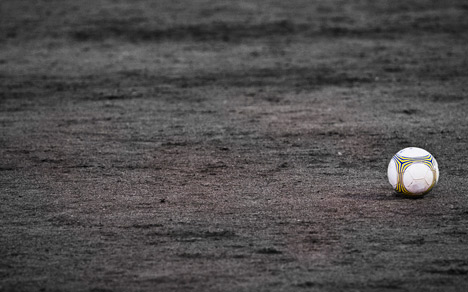 The boy was injured on the football pitch. File photo: Mikael Miettinen/Flickr

The boy injured himself playing football and was brought to hospital by his mother reporting severe pain to a nurse. His mother attempted to book a time for surgery but the surgeon on call was dealing with other patients whose condition was deemed to be "acute."

The boy was then referred to a urologist, but the specialist was unable to treat him due to the boy's age.

"The urologist on duty was not qualified to examine children under the age of 15," stated a suspected medical malpractice report sent to the health and care inspectorate (Inspektionen för vård och omsorg).

As a result, the boy was made to wait for two and half hours in agony before he was finally seen by a doctor. He was operated on shortly afterwards.

However, it was too late to save the testicle.

Following the incident, hospital chiefs have tightened up procedures by introducing what they have termed a "reinforcement on-call list', to be used when staff on site need to call in extra doctors in the event of something similar happening again.

The chief surgeon at the hospital himself sent in the suspected malpractice, or Lex Maria, report to the authorities. He said there would be an in-depth analysis of the existing procedures of how children with abdominal pain are treated. Looking into how high-risk patients are met when the hospital is at its busiest is also under way.

The boy had suffered testicular torsion, when the cord from which the testicle is suspended from the body twists and cuts of the blood supply.