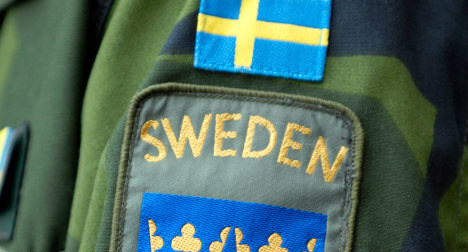 Who says there are no jobs for native English speakers who can't speak Swedish in Sweden? In one of the more bizarre job postings on the Swedish employment's office (Arbetsförmedlingen) website the Swedish armed forces have put out an SOS to recruit an actor.

Not just any actor mind. The successful candidate needs to be "American speaking" and have some previous experience in broadcasting.

Thespians who have just shown up on Swedish shores will be relieved to know that knowledge of the local language isn't necessary to secure the acting gig. In addition to the news anchor role there are also four other positions for field reporters

"There are no special demands outside of what is listed in the advertisement. Both volunteers, actors and media professionals are welcome to apply for the roles," said Carl Edelhjelm, head of media relations training to Expressen.

Whoever lands the anchor role will record fictitious news broadcasts at the TV-studio owned by the Swedish armed forces in Enköping, eastern Sweden. The field reporters will be required to conduct interviews on camera around Stockholm.

Unless they've been giving their marching orders, the person who lands the acting role will be compensated to the tune of 1988 kronor ($305) per day along with free meals and travel.

The military are even tossing in a free overnight stay in a private room at their military base.

Shooting, or should we say filming, is expected to get under way in February.